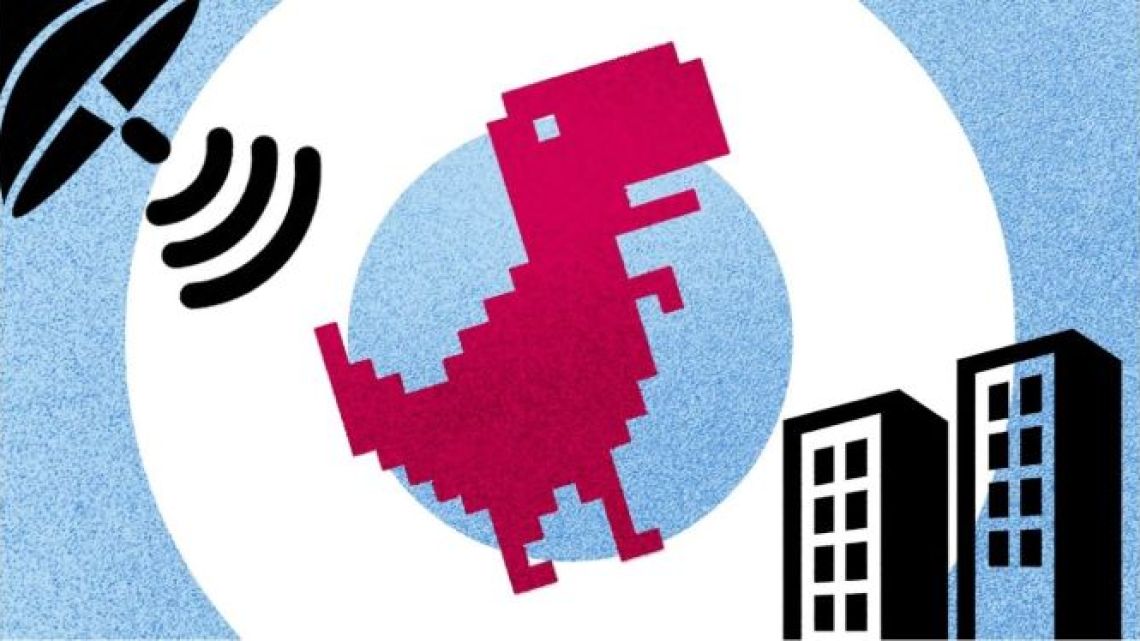 Almost a third of households in Argentina do not have a fixed Internet connection, says new report. Huge disparity in access nationwide.

Compared to 27% of US households without fixed internet connection. And much of the rural USA has unbelievably slow internet as the only choice. I know- my US home is in one of those areas, where my top available speed is about 1/3 of what the US government considers an acceptable minimum. The US government considers 25mbs to be the baseline. Many huge swaths of the US are lucky to get 1/4 of that speed. https://www.statista.com/chart/21454/broadband-connection-in-america/
S

Ries said:
Compared to 27% of US households without fixed internet connection. And much of the rural USA has unbelievably slow internet as the only choice. I know- my US home is in one of those areas, where my top available speed is about 1/3 of what the US government considers an acceptable minimum. The US government considers 25mbs to be the baseline. Many huge swaths of the US are lucky to get 1/4 of that speed. https://www.statista.com/chart/21454/broadband-connection-in-america/
Click to expand...

I am not sure why everything has to be a comparison with the U.S. However, I have done some work in the area and always wonder why the reporting on fixed internet usage in the U.S. is all over the place. It seems no-one knows who is using high-speed fixed or not, but as you point out, most data points to more people than one might think without fixed high-speed internet.

Regarding Argentina, I think you are going to have this disparity considering the size of the country and divide in economic circumstances. Still, as the U.S. shows, it is not neccesarily unusual for a big country to have a relatively high percentage without fixed internet. The Digital Divide seems to be more of an issue in big countries with large rural areas. You see countries like Russia, Canada, and Brazil have similar data. Brazil is often noted as the leader in Latin America on internet penetration but still has many people without a fixed connection.

Smaller countries seem to achieve better coverage. In the UK the number is between 6% and 13% depending the source and this is roughly the ball park for Germany, Denmark, France, etc.

My first modem was 300 bps. It consisted of a cradle into which you put the receiver of the landline phone, after manually dialing the number. I got it with my Apple IIc

Of course, in those days programming meant chipping the code out of stone, one bit at a time, with a code-hammer, while dodging dinosaurs...

(the first part is literal truth, the second is a slight exaggeration)

I just think the constant flow of comments on how terrible argentina is dont take the rest of the world into account. My experience in rural USA is that the relevant providers, usually phone companies, will report that the county has such and such a speed. But in reality, huge swaths of the US have one or fewer choices, and the speeds for most of any given are absymally slow, while the few bigger towns have a decent speed, and they "average" the result. Many addresses dont get any service, but counting the towns, the average percentage seems not too bad. My tenant, on my farm, recently wanted more than 8mbs, and was kindly told that for a measly $500 USD per MONTH! , with a 3 year commitment, they would hook her up to fiber optic. This is an hour and a half drive from the Microsoft headquarters. So I think the reality is, that while Holland or Korea actually has 21st century internet, most of the world, including the USA, South America, and big swaths of Africa and Asia, have cell phone hot spots or nothing.
And the pandemic has really brought this to a lot of peoples attention. I have several friends who teach high school around rural areas of my state. All of them report big percentages of their students with zero internet access, who had to go to libraries, or the parking lots of coffee bars, often driving ten or twenty miles to do it.

My internet in Buenos Aires is pretty crappy- usually about 6mbs with fibertel. Enough to watch a movie, not enough to do any kind of online business. Argentina certainly has a long way to go.

The countries with decent internet service, almost universally, have goverment owned or mandated service, as opposed to "free enterprise". This is the same story as with the history of rural electricity in many countries- if the government doesnt do it, huge areas of low population density dont get it- see, for example, Texas in the 1940s. One of the reasons Lyndon Johnson became a Senator, and, eventually, President, was his work on rural electrification and government subsidies thereof.
D

What do people think about the potential of Starlink - https://www.starlink.com/ ?

Dougie said:
What do people think about the potential of Starlink - https://www.starlink.com/ ?
Click to expand...

It wont be available in the Southern Hemisphere until they launch another 10,000 or so satellites. Maybe never, considering population densities.
Purely philosophically, I think its a lousy idea to let elon musk launch 30,000 satellites. They will decay eventually, although they will probably be obsolete much sooner.
And somebody (and it sure isnt gonna be little baby musk-grime) is gonna have to pay billions, or maybe trillions, to clean up the parts of them floating around hitting everything else up there.
Fiber optic, combined with local wifi, is a much more sustainable, affordable, and replaceable (when the technology advances) option.
A

Almost a third of households in Argentina do not have a fixed Internet connection, says new report. Huge disparity in access nationwide.

Thanks god most kids nowadays have 5G mobile phones. Otherwise they could not attend the virtual classes in the province.
F

The distinction between fixed and mobile internet access is quickly becoming meaningless, if it isn't so already. Since the mobile networks in Argentina are closing down 2G and 3G services, they have sufficient capacity to offer "fixed wireless access", or FWA, over their 4G networks, and in the near future also over 5G. Essentially residential customers will use the excess capacity in the mobile networks. There are lots of places in Argentina where running fibre to the customer makes no economic sense. It's much more economic to put a mobile base station to serve customers in a 10km radius for example.

The speeds are comparable to the commercial internet packages, 50Mbps down and 10Mbps up, the only outstanding issues are billing (to make it economic for the customer to stream Netflix, for example, over a wireless connection) and licensing, since the spectrum in Argentina is licensed by type of service rather than technology, so spectrum licensed for fixed services can't be used by mobile users for example.

Since the pandemic started last year there was a big movement of people out of GBA to the provinces, and the use of 4G in the provinces increased substantially, those users would be using either USB "dongles" or tethering their phones to a laptop or whatever, even with the current mobile network billing.

I don't know too much about comparisons with the US, though my recollection from over 10 years ago was that outside the cities even mobile network service was basically non-existent. But certainly in comparison with other LatAm countries, Argentina's mobile and internet services are very good.

I'm a bit sceptical about Musk and his spacejunk, it seems like the user terminals are pizza-box sized which is not too great for mobile service. There are other proposed space-based services with satellites 100km out which would allow customers to use normal 4G and 5G mobiles (I actually worked on a 2G predecessor of those services, the problem is that the technology evolves quickly, and it's a bit difficult to send a technician to swap out a card in orbit). Those services would be a much more elegant solution than what Musk is doing.

I am envious of rural argentina, if they get 5g. Here in rural Washington State, I am lucky to get 1 bar of 4g.