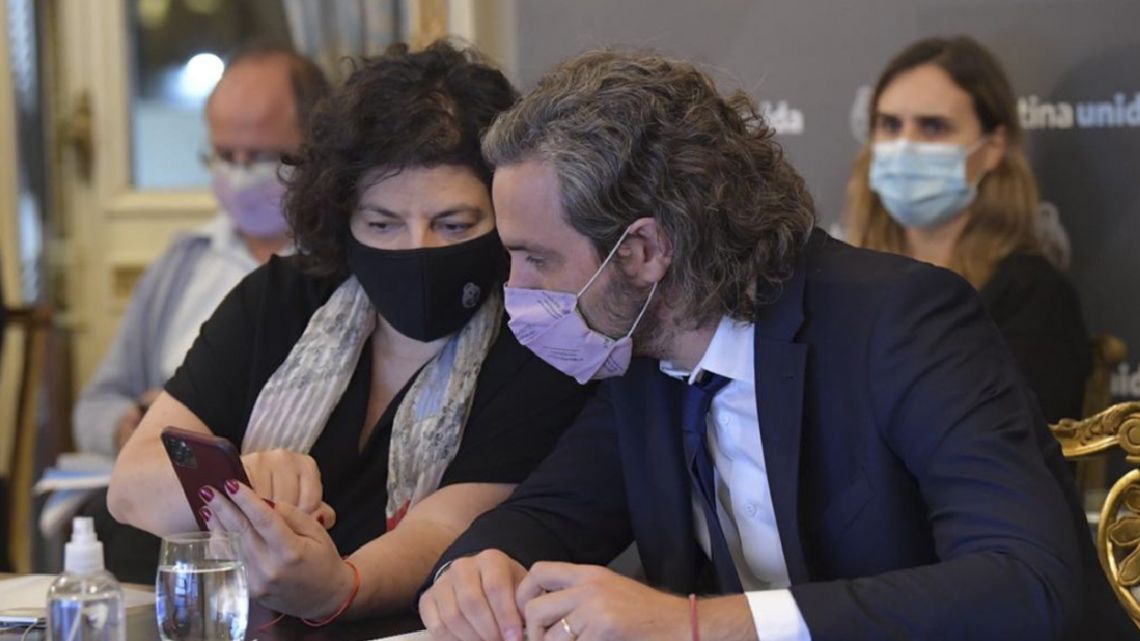 Because last year's lockdowns were so successful....
F

California44 said:
Because last year's lockdowns were so successful....
Click to expand...

So you would like the government to do what, exactly? Let it rip?

Actually, in both population and covid fatalities, Argentina is almost identical to California. As opposed to Italy, or Brazil, or India. So things certainly could be worse.
Gibraltar, on the other hand, which is at 107% vaccination (they paid to vaccinate all the daily commuter workers who live in spain) has something like ONE active case a day these days.
A

FrankPintor said:
So you would like the government to do what, exactly? Let it rip?
Click to expand...

At this point it is effectively too late, second wave is coming one way or the other.

There are certain restrictions required (bars, casinos, public events etc), but to me it is clear that phase 1 lockdown is simply not doable (as we had last year). Not socially, certainly not economically. Those who want to lock themselves in the basement for the next four or five months are welcome to do so, but for the big majority this is simply not an option.
A

Ries said:
Actually, in both population and covid fatalities, Argentina is almost identical to California. As opposed to Italy, or Brazil, or India. So things certainly could be worse.
Gibraltar, on the other hand, which is at 107% vaccination (they paid to vaccinate all the daily commuter workers who live in spain) has something like ONE active case a day these days.
Click to expand...

If you look at the deaths per 1m, Argentina is indeed not worse off than the countries that you mentioned:

However, if you make the comparison with California, than there is also the dynamic to be looked at:

The curve is very flat now (due to vaccines I guess), and now with the summer coming the outlook is pretty bright. So in the end Argentina will most likely also end up with a (significantly?) higher mortality rate than California.

In comparison with Brazil we are indeed 25% better off in terms of deaths per 1m. But as we all know, the Brazilians had a much more relaxed way and certainly did not have such a huge economic and social cost as a result of these measures. I don't want to defend Bolsonaro's stance on this Covid crisis, but the question is: if we end up nearly with the same mortality at the end of this mess, why to prevent kids from going to school, why to let go so many companies go bust, why to restrict social life to such an extent? I am neither in favor of the Argentinian nor the Brazilian approach, but if I have to chose between one of them, I would certainly go with the Brazilian way. And looking at the dynamic of Argentina and Brazil, then it looks as if there is a bit more of a stabilization in Brazil. So who is to say that we do not end up with the same disastrous result as Brazil (at a much higher cost)?

Lots of data Alpinista, thanks. But I think that to understand what's going on we need to focus a bit. For a start, India has no place in a serious statistics table. Next, I understand that it would be great if Argentina tested more, but given that testing can be erratic, in the wrong place, or for the wrong social level, in the end the only number that matters is how many people died, This is where, unusually, I have some confidence in Argentina, since the criteria for registering COVID deaths are pretty exact (I have a comparison of the criteria from pauta.cl if there's any interest). The Financial Times has exposed several countries as not registering COVID deaths properly, quite simply by reviewing the excess mortality. A former, disgraced, Chilean health minister can testify to that.

About Brazil: I understand from friends and colleagues there that there has been a restrictive quarantine in the major cities, despite Brazil's loony president, It's a federal system like here of course, things that happen at state level are not necessarily headline news.

By the way, it's instructive to compare the curves on La Nacion's monitor for CABA and Buenos Aires province. https://www.lanacion.com.ar/sociedad/en-detalle-infectados-fallecidos-coronavirus-argentina-nid2350330/?gclid=CjwKCAjw9MuCBhBUEiwAbDZ-7h0xjH899ZPbBk3bdaZBkR-NRok0K8Wx-JKCeOp3yzL8In4QV_XU_hoCQJYQAvD_BwE#/

The province's cases started to go down a week ago.
A

I find the "Argentina is not so bad" arguments mildly amusing.
Today we had over 560 deaths - highest on record to date and it will only increase further over these next weeks. Cemeteries cannot bury or cremate the bodies fast enough.
If you need an ICU bed - and in increasing cases a simple hospital bed - anywhere in AMBA you are pretty much screwed. Most infections now are the Manaus strain or UK strains which caused havoc abroad and are resulting in increasing cases of reinfection.
Barely 2% of the population have been fully vaccinated and we live week to week to find out how many vaccines the government managed to get.
It seems everyone knows someone who is sick with it right now, and sadly almost everyone now knows someone who has died from it.
The economy is in absolute ruins and the scars and disruption to life caused by the virus and its poor management and lack of money are unavoidable and depressing to see.
Nothing the government promised us at the beginning of all this has held up.
Right now there is no concrete probability or evidence to suspect that this will be brought under control during 2021 from either effective policy or an effective vaccination program.

Argentina is bad and it is getting worse.

There are a lot of places in the world that one has every right to criticise or feel disillusioned with, but it doesn't make Argentine any better or exempt from criticism. Nor does celebrating a statistical "triumph" today, mid-race, mean anything at all tomorrow when the "other" statistic will almost certainly have its own "triumph" over yesterday.

If you asked me this time last year how Argentina was faring, I would have told you it was the world champion as I tried fruitlessly to find hand sanitiser and masks in European pharmacies and couldn't wait to get back. Right now I look at London with that same longing for greener pastures, and that's not something I felt even a month ago when its own situation was way different and would have bowed my head in shame.
In this race, bad remains bad and will only get worse until a player actually crosses the as yet unknown finish line.
C

antipodean said:
If you need an ICU bed - and in increasing cases a simple hospital bed - anywhere in AMBA you are pretty much screwed. Most infections now are the Manaus strain or UK strains which caused havoc abroad and are resulting in increasing cases of reinfection.
Click to expand...

This is why ANY vaccine currently available is a winner. All of them, without exceptions, are highly effecting in preventing you from needing to be put into a hospital bed or ICU unit. That is what all COVID vaccines were primarily designed to do and all of them deliver extremely well on that purpose.