FrankPintor said:
Well, according to the vaccination program monitor on https://www.argentina.gob.ar/coronavirus/vacuna/aplicadas Argentina has just hit the milestone of 45% of the population completely vaccinated (2 doses), so the government can claim they're just following their program to open the borders again. Now the neighbouring countries are looking like laggards, Uruguay's reopening seems to be going very badly (applications from property owners not being dealt with), and Chile kind of opened for tourism but require 5 days or quarantine. Hopefully by summer things will be sorted out.
Click to expand...

OH this ain't over. Delta hasn't even gotten here yet..... 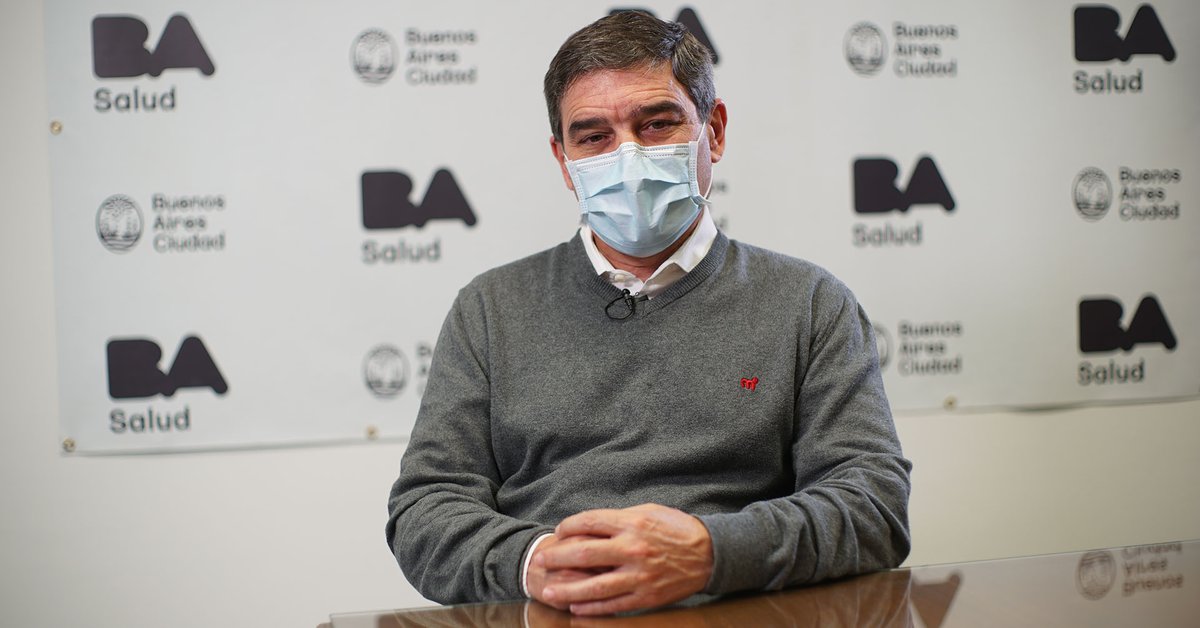 www.infobae.com
The use of the mask will continue to be mandatory in the City of Buenos Aires as of October 1st. The Minister of Health, Fernán Quirós, said that it is not yet time to put down the masks. In this way, he announced that they will not abide by what is recommended by the national government. The gov't of the City of Buenos Aires decided not to comply with the recommendation of the Casa Rosada and maintain the mandatory use of masks both outdoors and indoors.

Strictly speaking, the use of masks depends on the decision of the local governments. Salta and Jujuy announced that they will not adhere. And this Wednesday the Autonomous City of Buenos Aires joined them. "We know that in the open space the contagiousness is much lower, but in CABA we intend to reach 70% of the population with the two doses of the vaccine before taking these types of measures," he explained on radio Con Vos.

Totally. This is just a show for the elections in November.
F

gracielle said:
22 Sept 2021
in CABA we intend to reach 70% of the population with the two doses of the vaccine before taking these types of measures," [Quiros] explained on radio Con Vos.
Click to expand...

That would be point 8 of the 6-point plan he magicked out of the air a few weeks ago, right...?
B

I have a turno for Pfizer tomorrow I want it.
Do I want to be a human guinea pig so I can get a vaccination certificate is the question
F

I suspect you're entirely correct. And yet, right now, there's good news all over, really:

"After a devastating surge of Covid cases earlier this year, numbers in Argentina have dropped rapidly – from a high of more than 41,000 new daily cases on 27 May to only 622 on Sunday, raising hopes that the Delta variant may have passed Argentina by – at least for the time being.

“Despite evidence of community circulation of the Delta variant it’s been 20 days since we last intubated somebody at our hospital,” said Vanina Edul, an intensive care doctor at the Buenos Aires city Fernández hospital. 'We might be lucky and the dominance of the Manaus variant and the high vaccination rate may be keeping the Delta at bay.' "

“'We’re at a very good place: at the hospital where I work we have not admitted a single Covid patient to intensive care for three weeks now – but I would not dare say the pandemic is over,' said intensive care doctor Arnaldo Dubin, a researcher and professor at La Plata University."

Even in our continental blackspot and generator of variants there's good news, if you can avert your attention for a moment from the antics of its nutcase president and his entourage in NY:

"In the past three months, the number of Brazilians with at least one jab has almost tripled to cover 67.6 percent of the population – slightly higher than in the United States with 63.4 percent and Argentina with 63.8, according to an AFP count.

The figure for those fully vaccinated is much lower, at 36 percent -–but enough to put Brazil in third place among the world's ten most populous countries".

Note that the sensible people who actually run Brazil's vaccination program did this:

"With vaccine supply uncertain at first, Brazil decided to focus on giving a first dose to as large a number of people as possible, and opted for a long interval between the first and second jab".

From: https://batimes.com.ar/news/latin-america/brazil-turns-the-tide-with-covid-19-vaccines.phtml (some good articles there, despite the twit who claimed Argentina imposed its quarantine at gunpoint).
A

Latest vaccination rankings:
The most interesting observation is that only immediately before the PASO elections did PBA succeed in administering more than 90% of the doses it had received at any time since the start of the campaign suggesting that they were indeed "sitting on them" for electoral purposes.

Opposition - DON'T TAKE OUR MASKS AWAY!!!
Click to expand...

Allowing to be mask-less when being outside (without a crowd) has been long overdue.

FrankPintor said:
That would be point 8 of the 6-point plan he magicked out of the air a few weeks ago, right...?
Click to expand...

I agree with Dr. Quirós re: the "intent to reach 70% of the population with the two doses before masks are no longer required" in light of the near future advancement of the Delta variant here. In any case, I would have continued to wear a mask even if it was no longer mandatory.

But there would not be the need to have this discussion now if it were not for the negligent actions by AF/GGG/Vizzotti and others at the national level in the mishandling of the purchases of sufficient vaccines from any of the sources that became available to ARG in December, 2020.
You must log in or register to reply here.
Share:
Facebook Twitter Reddit Pinterest Tumblr WhatsApp Email Link
Top