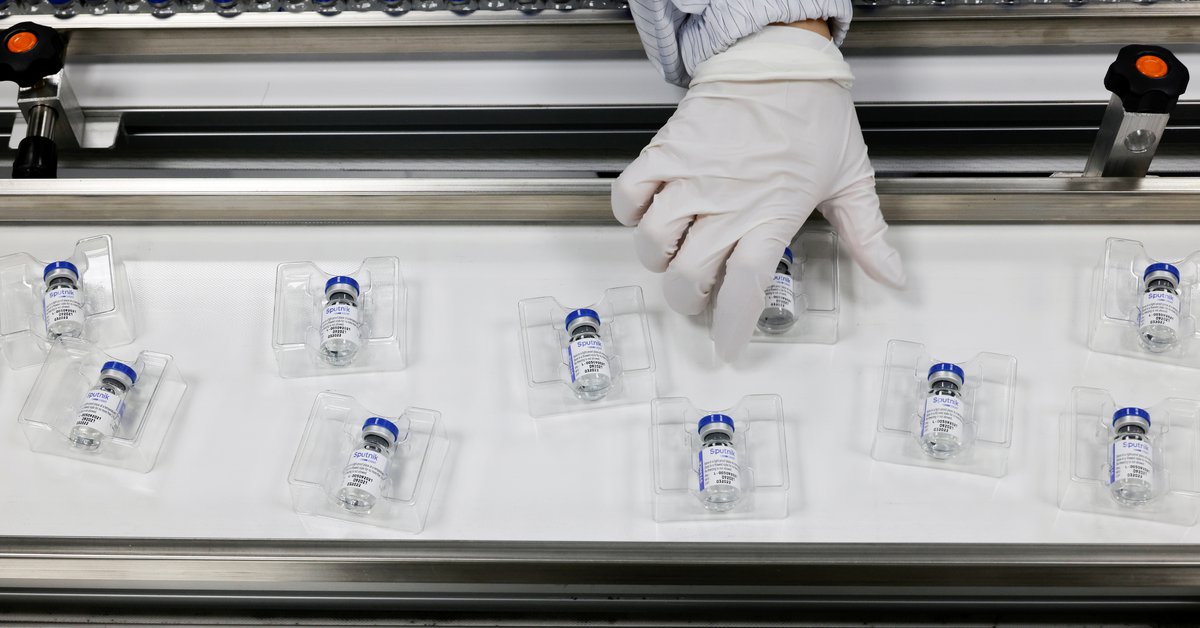 In other news Sputnik V failed to obtain WHO approval and the process has been suspended due to issues in the factories producing them. 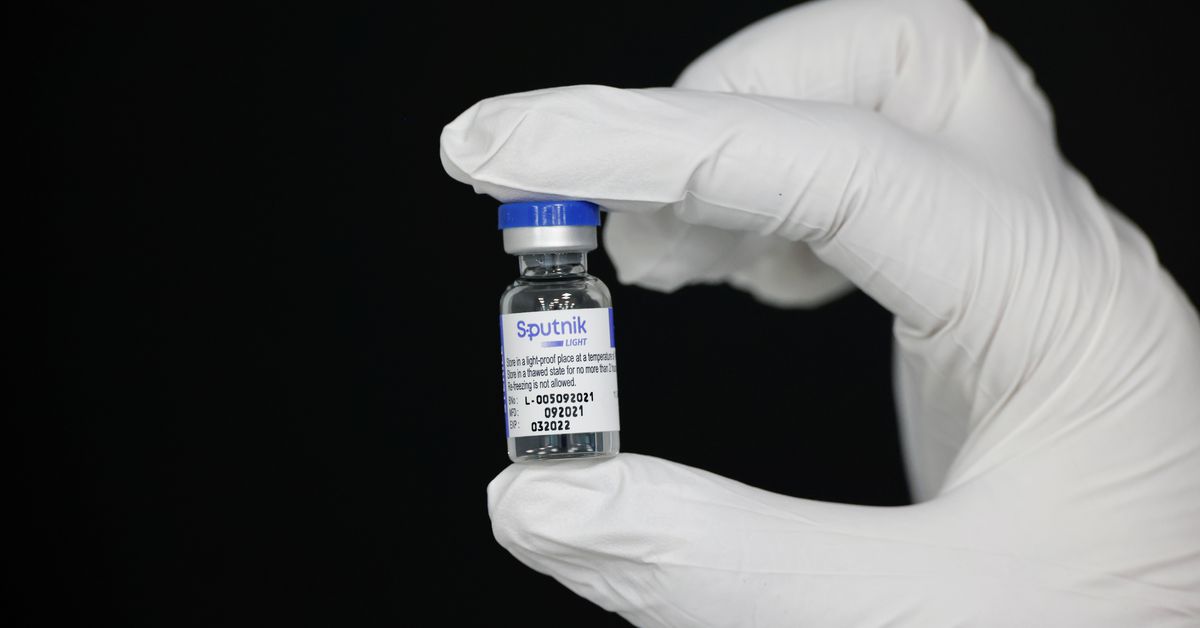 Russian travel agencies are selling package tours for Russians to receive foreign COVID-19 vaccines abroad amid frustration among some Russians that their domestically produced vaccines have not been approved internationally.

www.reuters.com
Even Russians are traveling abroad to get foreign vaccines, some not wanting to be vaccinated with a product that is not internationally recognized.
F

Test positivity 3% according to La Nacion's monitor: https://www.lanacion.com.ar/sociedad/en-detalle-infectados-fallecidos-coronavirus-argentina-nid2350330/#/ at the bottom of the page.

Less than the 5% recommended by the WHO (According to criteria published by WHO in May 2020, a positive rate of less than 5% is one indicator that the epidemic is under control in a country). I'm more sceptical than most people here, but I also don't see the sense in spaffing the tests up the wall, that stuff costs money.
A

Alby said:
Unfortunately, they do want to the public to lose consciousness. They want people to feel good for a few weeks.

This is exactly the problem that we have seen in countries like Australia, where, having won the early battles against the virus, instead of telling people they had merely gained a stay of execution and should use the time wisely to prepare for the inevitable, they chose instead to encourage people to believe that the virus had gone away forever, that they were safe, and that they should feel good about themselves...and vote the government back in. And almost everybody fell for it. And many of them are paying a high price now. Some are still falling for it.
Click to expand...

Even more deplorable was that the governments themselves fell for their own bullshit, nodded off to sleep in their own smugness and self-satisfaction for nearly 18 months, did little to prepare, with the predictable (and predicted) results now being witnessed.

antipodean said:
I do agree (and see daily) many/ most people already don’t wear masks when walking around a park or sparsely occupied street as it doesn’t make much sense, but at least many/ most do still use them on busy streets or open air malls etc where in closer proximity. Wouldn’t it have made more sense just to say no masks needed in parks or outside of main thoroughfares/ “mask required zones” so as not to loose the public conscientiousness altogether? Especially in cities/ provinces with lower vaccination levels than places like CABA or La Pampa?
Click to expand...

That was my understanding of the new rule. That masks are still required outside in situations with crowds or where distancing is not possible. Not a general no-more-masks-outside rule.
A

lost said:
That was my understanding of the new rule. That masks are still required outside in situations with crowds or where distancing is not possible. Not a general no-more-masks-outside rule.
Click to expand...

My understanding is they are only required outside in places like concerts or football games where people conglomerate for longer periods of times - not busy streets etc. 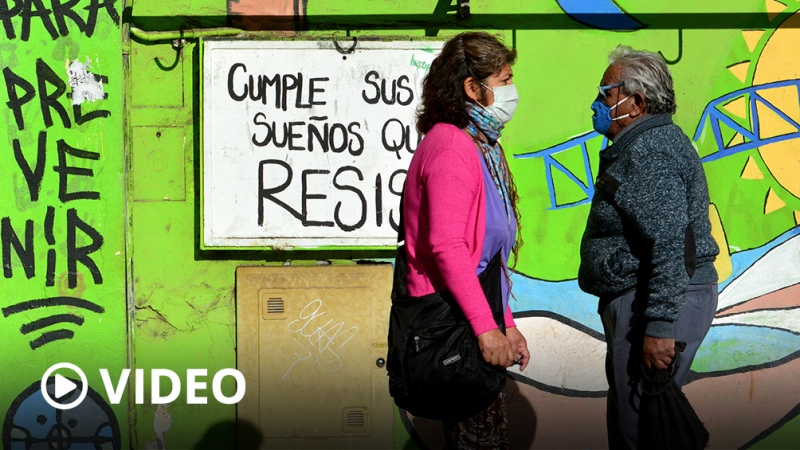 Football games. I cannot imagine a lot of people wearing masks there. And nobody enforcing it. But that's another story ...

22 Sept 2021....Source: The Times/UK
The United States is poised to recognize the Oxford-AstraZeneca vaccine for visitors and US citizens/residents who were vaccinated abroad when it changes its travel rules in November, the country’s chief coronavirus adviser has said. Dr Anthony Fauci, who heads the US response, said he anticipated that it would be accepted among travelers despite not being used on the country’s own citizens.
N

We were in the same position. We asked friends at a big Medical Center in the US, their advice was to ignore our Sputnik vaccination and get two full doses of Pfizer or AstraZeneca. Your question is not uncommon, there are many sources of information on mixing vaccines like this one that discusses the possible benefits of mixing one dose of AstraZeneca with another brand for the second dose. ‘I got AstraZeneca for my first dose. Which should I get for my second?’ A COVID vaccination guide - Healthy Debate

When the US finally authorizes as valid for tourists and US citizens/residents who were vaccinated abroad with Oxford-AstraZeneca, the requirement will be the 2 doses of the same vaccine as it does now for Pfizer and Moderna. As of now, in CABA you will not be able to get a "second" shot of A/Z because you were already inoculated with the 2-shot combination...Sputnik V + A/Z. Perhaps it may occur sometime next year when ARG decides it is necessary to provide a "booster" shot. But in cases such as yours, which of the 2 vaccines will be given as a booster? Both doses of A/Z contain the same components.

I was vaccinated here with the 2 doses (1st one in July and second one in Sept) of the Oxford-AstraZeneca vaccine. I plan to be inoculated again with 2 doses of Moderna when I travel to the US next month. So I will have two separate certificates, each with 2 doses of the same vaccine, so I can travel freely worldwide.
Last edited: Sep 23, 2021
You must log in or register to reply here.
Share:
Facebook Twitter Reddit Pinterest Tumblr WhatsApp Email Link
Top