Has Max thrown down the gauntlet? 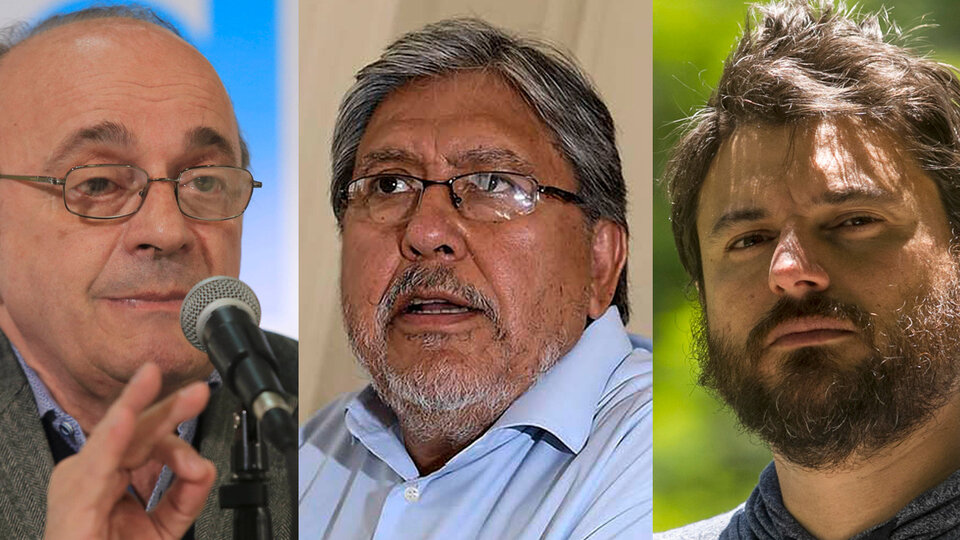 Google translates this as -
"Here there was no discussion of whether: 'default yes or default no'. In the first place, because with the Fund there is no default, there is default, which is something else"

See, Google is choking on the word "mora" and translating that as "default", when Moreau is clearly contrasting it with default. If you just feed Google the word "mora" alone, it tries to tell you it means blackberry or mulberry. Uh, no, I don't think so. Apparently this is one of the vagaries of the uniquely argentine version of Castellano. Perhaps if we are lucky, Bajo will drop in and help us out.

Anyhow, language issues aside, has Maximo Kirchner finally grown up? Have his balls finally dropped, enabling him to bark like a big dog? Has he thrown down the gauntlet to Profesor Bigote? Will he challenge Fernandez in the 2023 primaries?

I recall two years ago, some here in these forums advanced the theory that Cristina was using Alberto Fernandez as a stalking horse, and I confidently denied it. But I'm beginning to suspect that I was wrong. Indeed, at the moment, he's looking less like a stalking horse and more like a scapegoat. Or a sacrificial lamb.

The really impressive, really scary part is, if this i what it looks like, more and more, then Cristina started planning all this 4 or 5 years ago, and all the rest who thought they meant something, Massa, Scioli, Randazzo, and all the rest, have been moved like pawns on a chessboard.
J

We can all agree on one thing. Neither private nor IMF debt is getting paid.

jblaze5779 said:
We can all agree on one thing. Neither private nor IMF debt is getting paid.
Click to expand...

No, I don't agree with that blanket statement.
A

Sooner or later someone will need to make hard decisions, or at least be in office once the sh!t hits the fan from not making those decisions. If it’s in the IMF repayment agreement or not, hard cuts are coming and someone, somewhere is going to hurt. There is no magic bullet or money tree to fix Argentina’s addiction to over spending and underproducing without seriously changing at least one of those problems. Career politicians who really don’t stand for much beyond being “popular” enough to protect their own business interested or public paycheck (or have ambitious family dynasties to carry on) know this.

As K politics always needs an “enemy” to blame to cover their own shortcomings, it wouldn’t surprise me if they are now distancing themselves or setting themselves up to loose in 2023 so “cuando el Pueblo siempre vuelve” in elections following when hopefully the “dirty work” has been done, they can have an “Ah, pero [insert name here]” together with an “Ah, pero Alberto wasn’t really a Peronist” answer for everything. They also know the “Ah, pero Macri” excuse has passed its use by date.

Positioning himself as a future K presidential candidate.
S

maybe guzman has more nuts than we realized or that he appears to have, and didn't bow to Kristinas desire to keep energy subsidies. good for him.

there is zero chance he stepped away on his own though. his mommy definitely had him do it.

So, nobody knows how to translate "mora" in this context?
A

Redpossum said:
So, nobody knows how to translate "mora" in this context?
Click to expand...

Is it short for demora?
T

sts7049 said:
maybe guzman has more nuts than we realized or that he appears to have, and didn't bow to Kristinas desire to keep energy subsidies. good for him.

there is zero chance he stepped away on his own though. his mommy definitely had him do it.
Click to expand...