Can anybody tell me what its like living in Nordelta as a young single expat female?

kind of suburbia boring. but somewhat safer and quieter than city life
L

oh man i would NOT recommend living there unless you were with kids (and even then I'm not sure I'd want that sheltered of a life) ... i went there once for a house party and it would be practically impossible to meet people in the huge mansions unless you already had a connection with a group of young people that lived there. and you'd definitely need a car.

We lived there for five long years of utopian detachment.
Rules, rules and more f***g rules.
I couldn't wait to get out and face the real world. 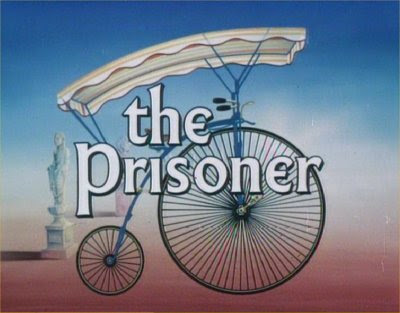 Chloe77 said:
Can anybody tell me what its like living in Nordelta as a young single expat female?
Click to expand...

Nordelta used to be solely residential and solely family focused, but just a few months ago a new district was inaugurated with 1 and 2br condos, sidewalk cafes on a waterfront promenade.

The disco in the central parking district offers a much wider variety of imported AND local products.

I'm not a young single female, but I helped one carry some boxes to her apartment from the trendy hair salon she either owned or worked at. That trust reminded me of Uruguay or some parts of Europe. No girl in her right mind would do that in the city.

Prison? Rules? I enjoy breaking petty rules and never had a problem. it's far from Singapore. Actually the safety from real crime allows an atmosphere where a little mischief is not as dangerous as in the city.

Every day a clean, PUNCTUAL, and hourly minivan takes people back and for the different barrios of Nordelta, and the Corredor Norte of Capital (Nunez, Belgrano, Palermo, Recoleta, Retiro, Puerto MAdero). The driver actually stops where you ask him to stop. 20 pesos or so.
Another very refreshing way to commute is by water taxi. Again 20 pesos, no traffic, but only stops at Puerto Madero (next to Buquebus). The plus is you get to take your bike with you.

The only real downside I perceived while living there was the fact that the hourly minibus only works during biz hours so a fun night in the city would cost me a good 150 pesos of Remise. (Even if you have a car, would you drive Panamericana at 2am after a party?).

The community is new and getting bigger, so there are surprisingly some biz and job opportunities within the gated sprawl. Small businesses, the other bigger Northlands school and three others.

If I were sentenced to life in Buenos Aires I'd live in Nordelta.

Glad to hear your positive views Matt, I really am and mean that sincerely.
In reference to my previous post, which was a little negative, I suppose it depends on your personality DNA.
The advantages were (at first):
SECURITY....no doubt about that. No barred windows, being able to leave the front door open within reason. Popping next door for a cup of sugar or a bbq, the wide open spaces, lots of fresh air.
The main problem for me was the 'nosey neighbour syndrome'. Some people just make it their life's crusade to get into your life and insist on showing you the error of your ways.
Furthermore, the longer we lived there, the more rules were introduced. Cleaning the pool became a game of cat and mouse as the water drained into the street, which was illegal and resulted in the guardia coming over to warn me. If not that, then neighbours would anonymously report misdemeanours, resulting in warning letters and fines.
Back to security; on dozens of occasions house were robbed by either the guards or domestic and or outside employees. Most of them inside jobs. This became so frequent that many began to bar their windows and fit alarms. Kind of defeats the object somehow doesn't it?
Any visitors we received had their cars searched from top to bottom in case dead or live bodies were concealed. I had to tell the guards to cut that out on regular visitors especially as they were known.
Maybe it's just me. I loathe petty rules for rules' sake and frankly didn't look back when we left.
M

GBoy, I actually didn't live in a house in Nordelta, so I really appreciate your description. I don't think I could live with that Home Owners Assciotion BS either /

But again, if that's the price to pay to kayak out of my porsche in Buenos Aires... (again there's the delta but you don't have basic utilities there)

My experiene was more of a short term rental on one of those new buildings by the canal to Tigre (not the inner lagoons). I very much suspect that whole section of Nordelta didn't even exist when you lived there. That area is actually not a closed gated community but an open private city - if you wanna call it that. Basically it's an extension to the parking lot area, office park, supermarket and strip mall, but on the river side of the road.
On this side security was rather permeable, in terms of letting people in and out.
I suspect the thread opener is aksing about living in Nordelta in one of these open barrios not the gated ones as that's where more than half the apartment buildings are.
Much of the thrill and my positive review came from the wildlife, the sheer space, the watersports (LOL), watching a city literally rise, and the cool fluvial commute downtown.

As of security I didn't really see barred windows, but I noticed that the inner barrios are quiet diverse in density, lot size, and probably security as well. Mansions in La Isla didn't have bars on the windows, but yards big enough for a helipad, makes you wonder who actually lives there.

What I referred to was the 'street' security. Petty pedestrian theft doesn't seem to exist, one can use a laptop or ipad/etc on a street bench, or, well, all those tiny things that allow you to 'be yourself' like not having to chain a nice bike every godamn time you stop. For a woman it might be jewelry, IDK.
I have to reckon however that my experience was almost that of a tourist. But I have to draw the public attention to the new mixed areas that more or less resemble a real city with a future.

Actually I will upload a couple of pics to show what some parts of Greater Buenos Aires look like.

Chloe77 said:
Can anybody tell me what its like living in Nordelta as a young single expat female?
Click to expand...

I think you might get more "useful" replies if you elaborate.

Are you considering buying a house or apartment?

Do you want to rent short or long term.

Can you provide a garantina?

Do you have a car?