Teachers in Buenos Aires Are Striking Against Neoliberalism 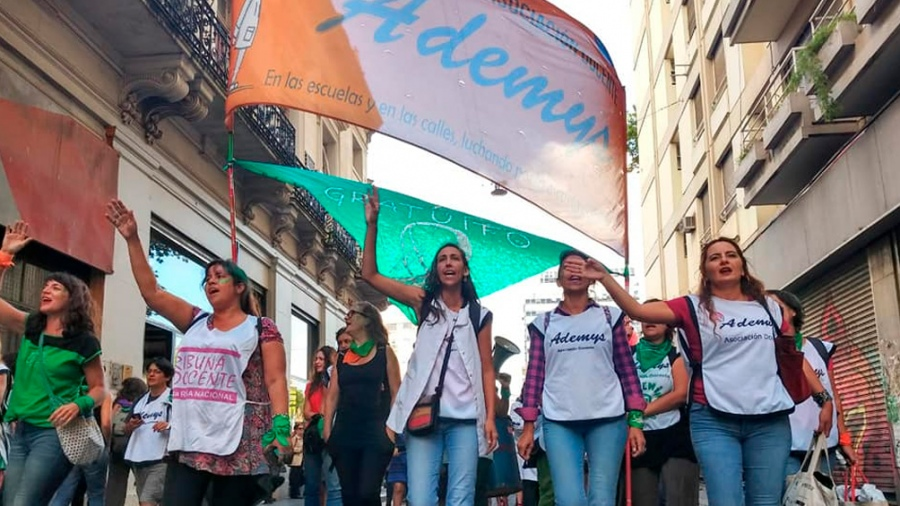 Teachers in Buenos Aires Are Striking Against Neoliberalism

Buenos Aires’s neoliberal government has used the pandemic to impose austerity on the city’s primary and secondary school teachers. Argentine teachers are fighting back with a campaign of rolling strikes.

There has never been a neoliberal government anywhere in Argentina and strikes are not uncommon.

Ah yes, the Jacobin, a literal revolutionary communist publication, and one of the few non-K sources on the entire earth that would praise the Fernandez government's record and approach to governing.

Articles like this make me furious, because they're just made up stuff, collecting a few facts and refracting them through a 'US bad, communism good' lens, and then directing their line at highly credulous people who know nothing about Argentina.

Anyway, while this person laments the Larreta government's attempts to increase teacher accountability, ensure that children are being instructed during covid-19, rationalize a very irrational system, and manage a drop in funding - calling these "neo-liberalism" - it's clear that he probably gleaned that from a communique from a union or something. The author is so uninformed about Argentina as to write this bit of wtf:

Fernández’s administration, much like the Kirchner governments before him, sought to assert Argentine national sovereignty against United States–driven free trade agreements. The president and his predecessors have attempted to combine economic development with redistributive measures by imposing protections on Argentine industry.
Click to expand...

LOL. Putting aside that Argentina actually has a trade agreement with America, is a part of Mercosur which is a large free-trade bloc, and is trying desperately to get a free trade agreement with the European Union (the very definition of a supra-state neo-liberal entity), it's just not true what this author writes about the Fernandez government. Argentina has already agreed to an IMF framework to reduce monetary financing of the fiscal deficit, raise real interest rates, modify price controls, and cut spending . . . ie. textbook austerity! The very communists that this author calls comrades are gearing up to oppose the Fernandez government's plan!

Moreover, as everyone here knows, the so-called "protections" of industry - such as import restrictions and high duties - have caused scarcity and some of the highest (relative) consumer prices on earth, and the cures - export tariffs and price freezes - are so destructive that they're causing a contraction of production and productive capacity, resulting in fewer jobs, not more. Protections, indeed, like how the mafia offers "protection." Meanwhile, inflation has exploded yet again as the government desperately tries to spend its way out of the catastrophic situation it has worsened, and people store their wealth in form of whatever physical goods they can get their hands onto - because those will depreciate at a slower rate than their paper, or might even increase in value as goods become scarcer due to tariffs/duties/production drops.

The entire situation here is incomprehensible to first world communists, as they don't understand economics or what misery that the policies they champion can inflict. But without that basic background knowledge, a person can't write intelligently about Argentina's political divide, or the bases of political action.

For Argentina, there's nobody left to lie to, but it looks like the Jacobin still has a stable of rubes who'll take them at their word.
A

There is Neoliberalism in Argentina to protest against? The latest proposed price freezes by the government actually include Alpaca wool sweaters, strip club covers and antique tea cups.

https://www.bbc.com/news/av/world-latin-america-59762809 .
..what’s worse? a little extra admin work today or sleeping at your desk because you can’t afford a few cents for a bus ride home tomorrow?

In a society where everyone denies the reality and everyone insists on wanting to take while no one is wanting to give, the only thing left to share is a whole lot of nothing. Sometimes we all need to take a step back to be able to take a step forward.
You must log in or register to reply here.
Share:
Facebook Twitter Reddit Pinterest Tumblr WhatsApp Email Share Link
Top