Where Should We Meet To See The Usa Humiliate Belgium?

Where should we meet to see the USA Humiliate Belgium? Pick your top two choices.

Toongeorge has apparently volunteered to come dressed as Belgium's mascot: 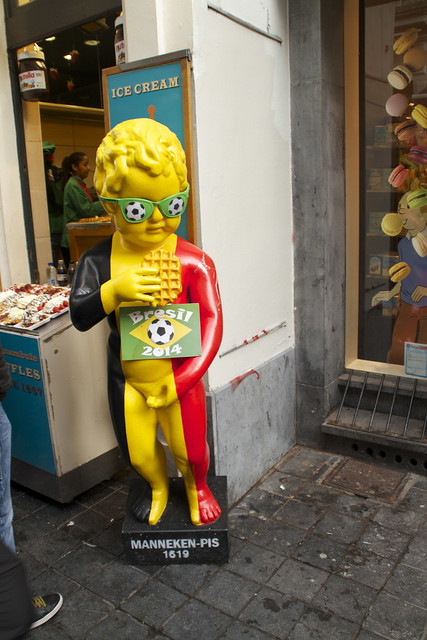 ughhhhh not t spoil the party but Belgium is pretty good.... I would keep it discrete if you ask me

With a little help from Belgium, the US team should humiliate themselves.

nikad said:
ughhhhh not t spoil the party but Belgium is pretty good.... I would keep it discrete if you ask me
Click to expand...

Answers to the thread question could be:


But in regards to the match between the US & Belgium... :-/ Unfortunately all of these comments are correct:


nikad said:
ughhhhh not t spoil the party but Belgium is pretty good.... I would keep it discrete if you ask me
Click to expand...

ajoknoblauch said:
With a little help from Belgium, the US team should humiliate themselves.
Click to expand...

Joe said:
If you're going to Crash and Burn you might as well do it with style

...except for ajoknoblauch's of course, because the US won't humiliate themselves, but Belgium is strong enough to do it without the US's help. It's not the "right attitude", but in this case it's very true.

13 months ago Belgium put on a display of World Class soccer (footie... whatever) against the US and only a bogus late penalty awarded to the US had the game ending: Belgium 4 - 2 USMNT.

The Belgians are missing Christian Benteke, who scored twice and most likely would have been their #9 (starting striker) at this World Cup, but Eden Hazzard did NOT play in the game last year. He's one of the best enganches, "#10s", Attacking Midfielders in the world and he will be "in the side" this time around.

I would love for the US to win.

I would not consider putting money on this game for the US unless I was given excellent odds and the amount was small enough that I could lose it and be ok with it.

However... the US beat Spain 2-0 in the Conferations Cup in 2009, handing them their first loss in ~30+ matches. The US beat Germany's B/C team last year by a score of 4-3 and then only lost 0-1 against Germany's full squad this year. A few years ago the US tied Argentina in a friendly. (Last year against Belgium & Germany were also friendlies.)

The one thing that the US has going for it is that its players are in better condition than the Belgians, are far more used to the heat, and have been rotating many of their midfielders. But as far as "skill & class" go, the US team trails in both categories by a large margin. If you took the Germans off the squad, it'd be even worse. But anything can happen. I'll be in first place in my Tournament Pool whether the US wins or not, so I won't have conflicting allegiances. 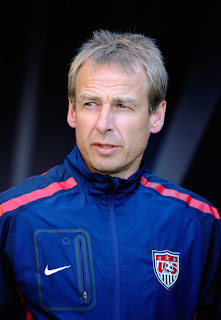 Your German is sufficient, but you need to know more about soccer:

BAexpat on subway to Hot Rock Cafe for big game tomorrow (but who is it?)