Allegory of the Declaration of Independence, by Luis de Servi.
Painting on canvas on the ceiling of the Salon Blanco of the Casa Rosada.

After the Declaration of Independence, July 9th. of 1816 in Tucuman, the Congress of that city, requested to print 3,000 copies of the Declaration, of which 1,500 were made in Spanish, 1,000 in Quechua and 500 in Aymara, to disseminate the text of the Act and the official signataries, so that the army and the people may swear by it.

The request was justified since those languages are spoken in the Northwest and Upper Peru,

PD: The handwritten Original is not available..? the typed copy below in Spanish and Quechua is a later version ...! 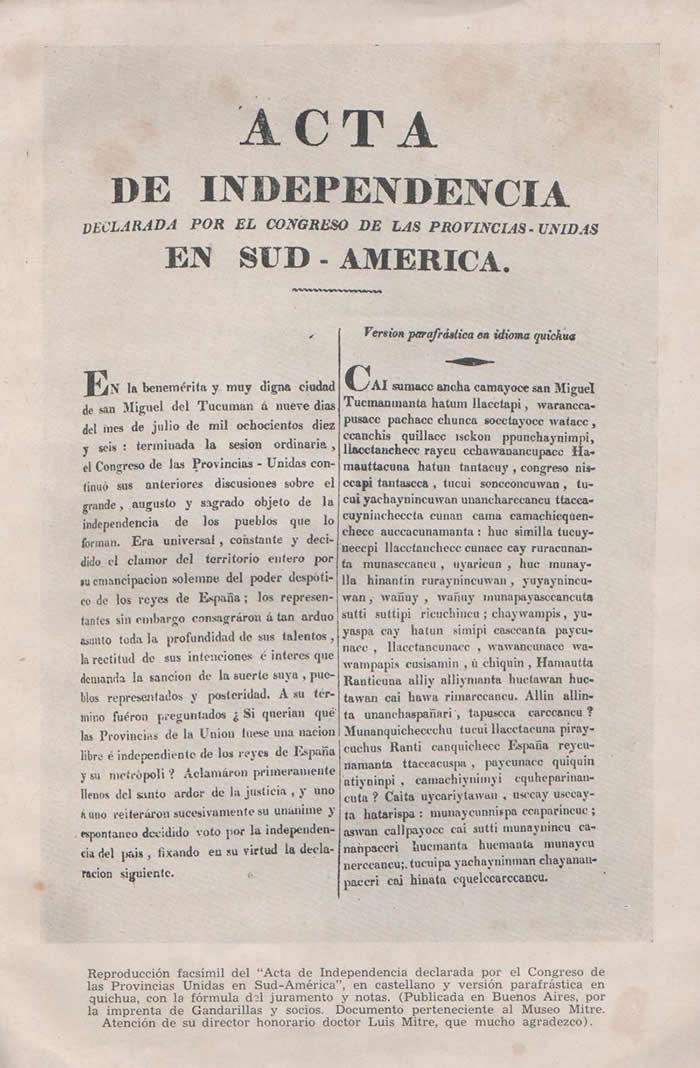 Which is the real Dia de La Patria? May 25th or July 9th?

on the brink said:
Which is the real Dia de La Patria? May 25th or July 9th?
Click to expand...