Buying Real Estate in BA? is a long long term investment prospect. On the other hand may be the right time to buy..?
According to Infobae,

According to a survey by the consulting publication, Real Estate Report, the gross income for an owner who rents a "used" apartment with two rooms (about 45 square meters) is 2.42% per year, on average. This gross income stands now at its lowest historical level ever.!!

steveinbsas said:
If you don´t mind, I´d like to answer this question with a question:

How could anyone who recently bought property, perhaps a galpon and not an apartment, located just outside of CABA, possibly believe otherwise?

I believe a/the default would/will affect real real estate values if it results in anther serious devaluation of the peso and Argentine's are less able than ever to buy dollars which, in almost all cases, have been/still are essential to complete a real estate purchase.

Even if the government doesn't seize dollars in Argentine bank accounts and convert them to pesos, most Argenntines will be hard pressed to acquire enough USD in the future to buy properties. That leaves wealthy Argentine and foreigner buyers.

I don't see "a lot of growth potential" in any real estate markets within Argentina in the near future, certainly not in the next few years. Even if there is a massive devaluation of the peso, I wonder how many foreigners are going to snap up the bargains the way they did in 2001 and the five years that followed.

Few foreigners back then knew little about the crisis (and cared even less). Most were happy to find a great deal and at least two I know of were even happier if they could find a fledgling real estate agent and treat him like their own personal errand boy, paying him as little as possible.

As almost everyone here knows, real estate prices are quoted and paid in dollars, but the price on the escrutura will be expressed in pesos. Even if there is NO dollar inflation, a devaluation of the peso will result in a paper profit that will be taxed at the rate of 15% when the property is sold.

As always, I suggest people buy based on need, not greed. Even if you are "ready" to buy now, I suggest waiting at least three (if not six) months. If, for no other reason, until the threat (or the reality) of the coronavirus has come and (hopefully) passed.

For now, there's noting wrong with continuing to search for a great deal, at least online and even in person, until it gets too dangerous to do so, and that could happen in the next 30 days. If the covid-19 comes to CABA, the best way to minimize thee carnage will be to lock down the city (and it's environs) until the threat has passed.

PS: In my opinion, buying a somewhat isolated but also relatively safe property to sit out the coronaviurs epidemic if/when it sweeps through Argentina would have been a good idea, but it's probably already too late to do that. By the time you could find a property and close the sale, the country could be in a state of panic that would make a default or devaluation seem trivial.

So all that being said, I think this could be the worst time in the past 20 years to buy a property in Argentina unless you find something that is obviously under priced, plan to live in it, and would be (not just feel) relatively safe doing so, and could close on it in the next two weeks.

PS2: In 2006, two weeks to the day after seeing the apartment I bought in Recoleta for the first time, I had the keys in hand, so buying property in Argentina is not "always slow and difficult" (as one member who seems to know everything recently posted).
Click to expand... 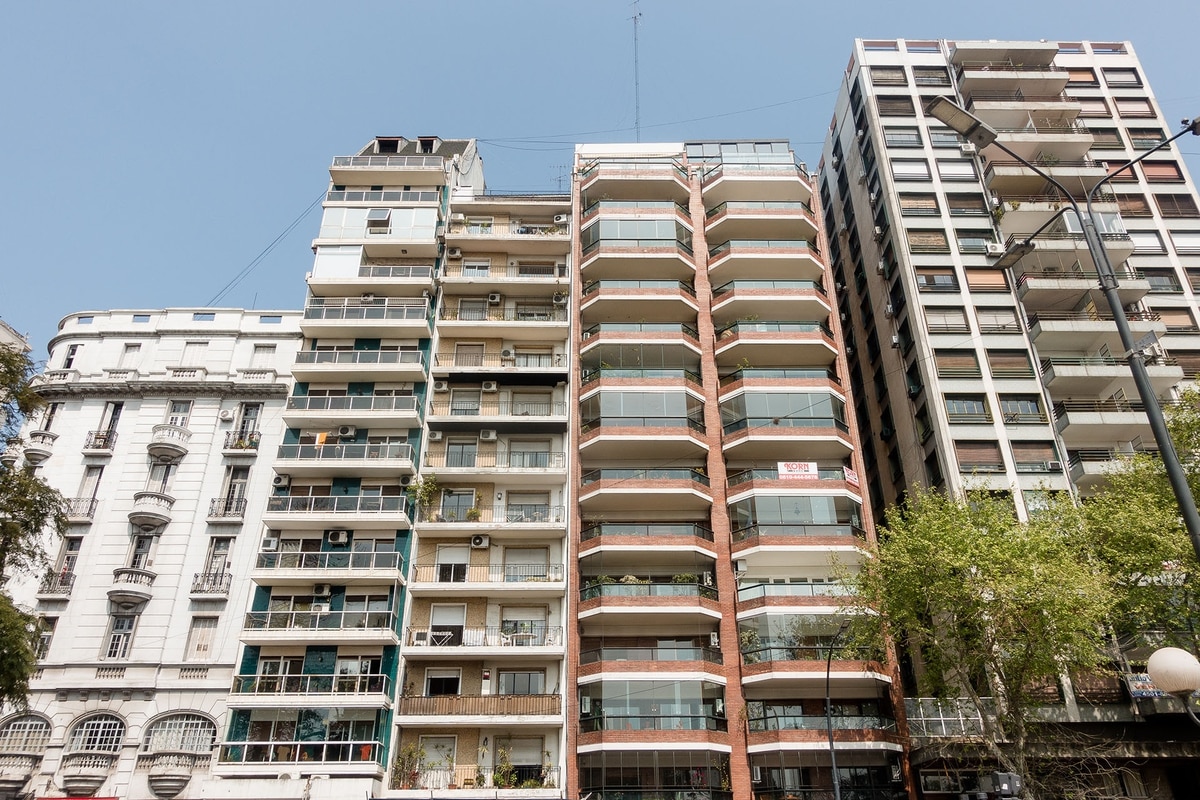 This is a pretty strong indicator that prices will fall further.

Here's an interesting chart from the Reporte Inmobiliario showing average price per m2 of used apartments in Buenos Aires over time.
Paste this link into your browser and just scroll down a bit: I can't find more up to date data for Capital Federal on that site, but they do have this for Gran Buenos Aires, which shows steeper falls: MBerton416 said:
Can someone with knowledge/experience with purchasing/selling real estate in BA lay out the basics and steps involved, costs etc in purchasing a condo in the city? The prices look too good to be true.
Click to expand...

Excuse me if I'm repeating something previously mentioned (I have not read the entire thread), the bigger issue is selling the property. There are a lot of hoops and pitfalls for a foreigner selling property in Bs As. I suggest you know the ins and outs (taxes, etc) before buying.

julian63 said:
Excuse me if I'm repeating something previously mentioned (I have not read the entire thread), the bigger issue is selling the property. There are a lot of hoops and pitfalls for a foreigner selling property in Bs As. I suggest you know the ins and outs (taxes, etc) before buying.
Click to expand...

As far as I know, the "hoops and pitfalls for a foreigner selling property in Bs. As." only apply to those who do not have a DNI (at least temporary residency).

Those without a DNI must get approval from AFIP before they can close the sale. AFIP will scrutinize their utility bills and their passports to see if, while the foreigner was outside of Argentina, the utility usage was near zero. If it looks like the apartment was occupied, AFIP will assume it has been rented.

Unless the foreigner has declared rental income paid taxes on it, they will have to pay taxes as well as high interest charges on the assumed/undeclared rentals, even if a friend or relative was using the property and the owner never received any rental income..

Buying may be less of a problem BUT selling? Worst historical record since 1998 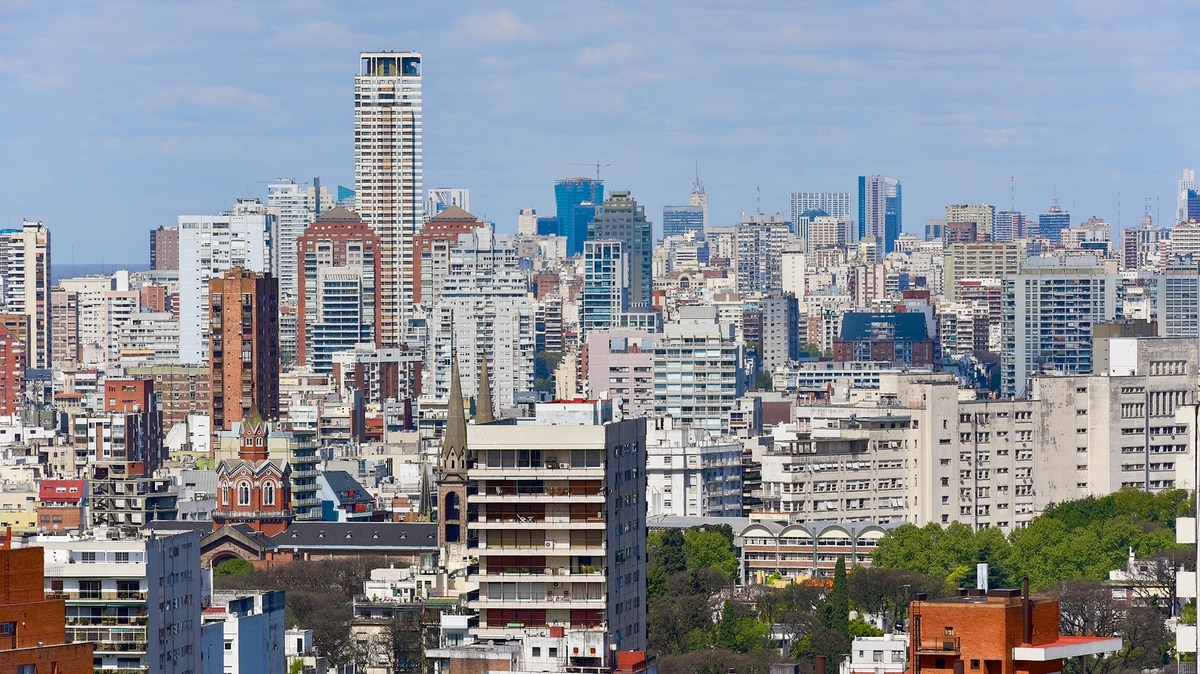 "The real estate sector is going through its worst historical moment. During the first month of this year, property sales in the city of Buenos Aires registered their lowest level since 1998, with a total of just 1,390 sales transactions, according to the data collected by the Colegio de Escribanos porteño. This figure is below, for example, January 2002, a few weeks after the 2001 crisis, when the record was 1,678 operations.

Rich One said:
"The real estate sector is going through its worst historical moment. During the first month of this year, property sales in the city of Buenos Aires registered their lowest level since 1998, with a total of just 1,390 sales transactions, according to the data collected by the Colegio de Escribanos porteño. This figure is below, for example, January 2002, a few weeks after the 2001 crisis, when the record was 1,678 operations.
Click to expand...

In the next couple months...if not sooner...it's likely to get worse...a lot worse...and stay that way...at least for a while.

If and when people start wearing surgical (bad idea) or N95 (better idea) masks in the streets of Buenos Aires (as a result of just a few deaths due to the coronavirus), who the hell is going to want to go around looking at properties to buy...and who the hell is going to be willing to let strangers into their apartments, even if they are desperate to sell?