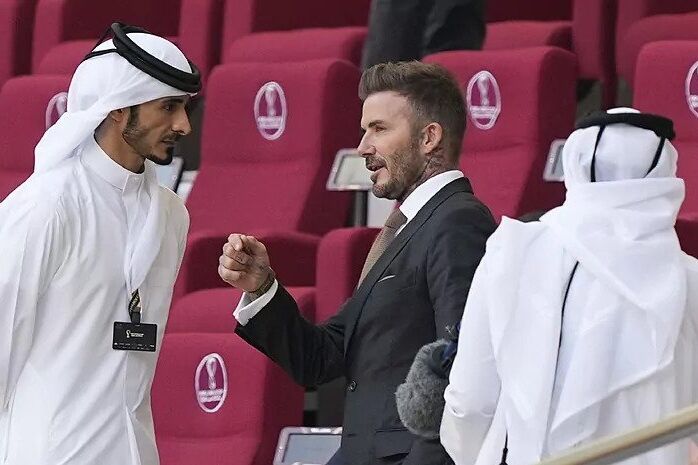 David Beckham is in Qatar for the World Cup and is taking advantage of the tournament to negotiate some deals for Inter Miami. This Monday, of course, he didn't want to miss his c

If you will remember, Messi's final deal with Barca, the one that fell through, (or fell apart), was rumored to involve Lio going to the States for a year or two, and then returning to Barca to coach.