Any rumors on when you can fire people again in Arg?

Ah yes the classic telegram. An important communication method in any modern country.

Iznogud said:
An agreement is reached when the terminated party sends a job resignation (free and registered) telegram informing the employer.
Once sent / received, the money is exchanged. Ways part. End of story.
Iz
Click to expand...

What would be a good offer?
A

Iznogud said:
An agreement is reached when the terminated party sends a job resignation (free and registered) telegram informing the employer.

Once sent / received, the money is exchanged. Ways part. End of story.

Hm. The advice I have received in the past is that if there is money exchanged in the process (aside from potentially unpaid leave balances etc.) it is potentially no longer a resignation but a dismissal should it ever end up in court. Hence in the future it could come back and bite if the employee feels they should have been entitled to indemnity or more money and from the courts perspective this should have been handled - in the best case - as a mutual agreement, which would have required going through the courts to get in the first place to formalize.

If it is just a resignation plain and simple then there is no risk, but under no circumstances can you ask someone to resign or do anything to that leaves a trace and could make it seem like coercion unless you are 100% sure that deal is legally waterproof - or you really trust the person.

Also make sure there is no recent or upcoming pregnancy or marriage planned as that can increase costs drastically by adding 1 year worth of salary on top of everything else.

Perhaps it is different for domestic workers however...? 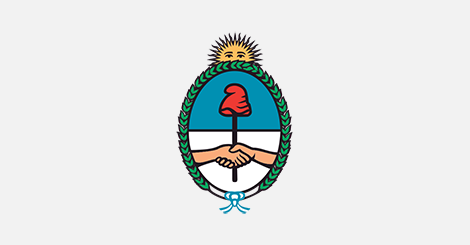 Hence the one sided resignation.

Usually you walk the soon to be former employee to the Post Office, make sure all the correct info is on the telegram.
Watch it be logged anf processed at the PO and THEN the severance money changes hands.

You can fire anyone paying double severance until the end of 2021, unless they keep on extending this law.
C

Iznogud said:
This been said, those doing the firing usually reach a CYA arrangement where the alternative offered is to pay in small installments thay can reach the following two or three reincarnations.
Click to expand...

Iznogud said:
The only thing preventing people from firing other people is the current mandatory double severance pay.

This been said, those doing the firing usually reach a CYA arrangement where the alternative offered is to pay in small installments thay can reach the following two or three reincarnations.

If this is conducted in real bad terms,
threatening with some serious legal / police involved claims also help move forward the negotiations. Sad but true.

One needs to look at the reasons for the firing. We are all in the same boat.

Touchè!
The labor courts are overwhelmed with cases.
This means that a lawsuit takes over 5 years. You can fire and employeed and later you go to a pre lawsuit negociation where you offer whatever you feel like or he has to wait 5 years. In real life you do not pay it because you offer the same amount today, next year and so on with 30/50 % inflation.
You must log in or register to reply here.
Share:
Facebook Twitter Reddit Pinterest Tumblr WhatsApp Email Link
Top