here's a thread to hear what people think qualifies a structure to be great architecture.

is just being old enough to make it great architecture?

is being decorated enough?

could it have something to do with style?

we could start with the chorizo. not the sausage or the steak.

it is old, it is historic, there are many of them. but is it great architecture?

"Great" is in the eye of the beholder.

But I cant see how age has anything to do with it.
There were some wonderful buildings built 2000 years ago, and a lot of mundane, everyday structures that were built to be cheap.

In every era, there have been a few really great buildings, and a whole lot of forgettable ones.

Good architecture comes from someone, the "architect" (which meant very different things at different times, but can be condensed into someone who CARES about building) putting their heart and soul into a building.

I have worked professionally with architects for 30 years, and was a partner in an architecture firm at one time, although I am not trained or licensed as one.
And I can tell you that todays architects are no different from architects in any time in history- they run the gamut from clock puncher to genius, they are susceptible to fads and trends, and they include cold hearted businessmen and wide eyed dreamers.

In Buenos Aires today, there are the standard hacks, putting up 20 story apartment buildings on Juan B Justo, and there are others who are pushing the envelope of wonder and space.
A friend of mine, so of course I am biased, is designing a new theater space for inside the old Post Office behind the Casa Rosada-
http://www.b4fs.com/en/proyectos_det.php?cod=005#img3
I think its going to be breathtaking.

In terms of great architecture in Buenos Aires, I would nominate the Palacio Barolo, a distinctly South American take on the fantastic excesses of it era- it combines european influences with the wide open optimism of Argentina at a time when it seemed as if there was no limit.

I love the work of Francisco Salamone- its from the 30's, certainly not "old", but it points to the essence of architecture- drawing the same elements, doors, windows, facades, towers, walls- over and over again, and finding new ways to say the same thing.

Architecture, like art, reflects the unique vision and experience of the designer- and Salamone was a pretty unique guy, again VERY Argentine. His buildings were not the same as similar deco pieces in the USA, or in Italy, or elsewhere.

In many buildings in Buenos Aires, there is an attention to detail and craftsmanship lacking in similar era buildings in the USA. A feeling of pride of european heritage, combined with excellent craftsmen, and and less of a bottom line sensibility.
Look at 30's brick apartment buildings in most american cities, and you dont find marble lobbies with brass rails, wrought iron lighting, wonderful stone and concrete detailing outside, fancifully designe storefronts with curving windows and delicate carving.

Also, since Buenos Aires is a relatively young city, built largely at one time, you have a more cohesive overall urban plan, at least in the center- more like Washington DC, or Hausmanns Paris, with grand boulevards, plazas, and small details that make for a more pleasant layout. I like the myriad reactions to the rule that the corners of buildings in the central city were required to be cut off- at Buenos Aires Photographer, and also at the now gone Robert Wright website, Line of Sight, there were some great photo series of these corners, treated differently by different architects, but allowing a bit of breathing room at a corner, a feeling of humanity, as opposed to the building dominating.

There are a lot of examples of great noveau, provincial, and deco in BA- the Kaufmann building, on Plaza San Martin, for example. El Molino.
When paging thru the two Mimi Bohm books, you find the depth of the bench pretty staggering. I have been visiting Miami regularly since 1980, and seen the bastardising of its art deco heritage- I took walking tours of South Beach with architectural historians back when it was just us, retirees on lawn chairs, and street people- and to compare Buenos Aires with Miami, Buenos Aires might not have the strength of the 3 or 4 remaining great hotels, but the hundreds of small and middle sized deco structures here can definitely compete.

I just toured the cathederal in La Plata- and it is another uniquely argentine hybrid- classical thru a looking glass. Again, great craftsmanship. In the basement museum, the rebuilt tower ornaments owe more than a little to Gaudi- but the whole building is beautiful, and works on its own terms quite well.
B

While beauty is in the eye of the beholder, there are a few things that I think makes architecture "great". Symmetry. Proportion. Materials. Craftsmanship. Detail. Regarding the things you mention: I appreciate some styles over others, but the style (to me) has no implication of the buildings greatness. History of the building is important (to me), I respect a building that has stood the test of time and has a story to tell.

so let me be more specific to Buenos Aires with some photos of architecture and details that I consider beautiful:

Sorry, it only lets me have 4 photos per post.

Ries put it a whole lot more eloquently than I can even begin to! Thanks for a great post and for sharing the history and the knowledge you have of the architects and architecture here. Your friend's project does look pretty amazing... when will it be done?

I love all the old stuff and so you may find my choice strange, but there are so few good buildings that have come out of the 70s that I must nominate the Biblioteca Nacional, OK it probably does not rate with some of the other buildings here, but in terms of other buildings of that era it stands as one of the greats.
Visit here for some other great buildings http://www.caminandosinrumbo.com/argentina/ba/edif.htm

nice posts. when i mentioned style, i was thinking of the level of style... ie quality - sorry it was my inarticulate self - not whether it was baroque or moderne. robert wright had a great blog 'line of sight' with many wonderful posts about buenos aires architecture. unfortunately he took it down when he left for australia but i believe he will be back shortly. he also spent time researching every aspect of recoleta cemetary and produced a beautiful map of it that was commercially available. he and a friend still have a good blog on the cemetery, afterlife at
http://www.recoletacemetery.com/ there is some interesting architecture of the dead in there.

along with old and historic; ornate and grandiose also do not a great building make

for those folks who care, heres a blog about stopping the demolition of old/historic building in ba.
http://basta-de-demoler.blogspot.com/ 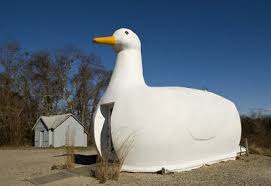 diego7david said:
he also spent time researching every aspect of recoleta cemetary and produced a beautiful map of it that was commercially available. he and a friend still have a good blog on the cemetery, afterlife at
http://www.recoletacemetery.com/ there is some interesting architecture of the dead in there.
Click to expand...

I have this blog saved in my favorites! I came across it a few days ago when I decided I was going to take a trip to the Recoleta Cemetery. This is by far the most useful thing online about the cemetery and he did a wonderful job putting all of the info together. I was hoping to get a copy of the Self-Guided PDF Tour he put together, but it seems it's not ready yet.

A few of my favorites in Buenos Aires-

If you havent been, the Chacarita Cemetery is well worth a trip. Bigger, and more relaxed than Recoleta, it has actual streets of tombs, not just tight alleys. A great series of architectural styles in miniature.

And, although I am disappointed in the "modernizing" of the collections, the Bernardino Riviadavia Musuem of Natural History, in Parque Centenario, is a really wonderful building. A lot of the details relate to the museums collections- the carved stone bats on the facade, the bronze spiderweb grilles above the entry, the wrought iron snail railings up the stairwells.
(If you are really interested in the natural sciences, the museum in La Plata is a must see- a bit down at the heels, but an amazing collection)

Dont just pass by Palacio de las Aguas, on Cordoba y Riobamba. Industrial inside, but voluptuous outside, the whole exterior is ceramic tile shipped from Europe, you should take the tour inside, and see how the whole building was actually designed as a lovely facade wrapped around a waterworks.

Museo Xul Solar, Barrio Norte- plain on the outside, a modernist Escher like fantasy inside. Its great, and the art aint too shabby either.

I would recommend that anybody who wants to find more great buildings go to El Ateneo, and page thru the two Mimi Bohm books,
Buenos Aires Arte Noveau, and Buenos Aires Art Deco.
http://www.mimibohm.com.ar/
Both are pricey, although cheaper in BA than in the USA- $95US on Amazon!
They have beautiful pictures of hundreds of buildings, most with addresses. I use them to plan walking trips thru different Barrios.

Another great book to page thru is the recent bicentennial book, Argentina, Patrimonio Cultural y National.
Big pretty pictures of everything from pre-columbian ruins to mock gothic power plants. On my list of sites to visit, based on this book, are the post office in Tucuman, Iglesia de Capuchins in Cordoba, Villa Ocampo in the Northern suburbs, as well as lots of interesting looking buildings in towns like Santa Fe and Cordoba.
F

Personally, I like how it seems that there was a point in which all of the buildings being built were done with great detail regardless of the neighborhood. I especially like the new generations take on how these particular buildings should be accented. This is one of my faves in the city. I have been walking past it for wuite some time and finally managed to snag some shots of it.

Following the enthusiastic interest on Buenos Aires architecture here are some parks and city building photos:

Please follow this link Baires, to go and stay and also peruse the different thread in the dedicated Argentina forum. This imposing building decorated with English ceramics, is a palace of pure baroque style. Except the shale which was imported from France, the other elements were shipped from England. Originally this structure was built as a water tower to provide clean, drinking water to the locals after the yellow fever epidemic of 1877. Today it is the headquarters of the water company Aguas Argentinas and also houses a waterworks museum that has hundreds of toilets collected from across the world over the decades. There is also a library containing books and other material on waterworks across the globe.

4.- BUENOS AIRES the barrio of Recoleta