On my daily walk every morning in my neighborhood, I notice that most people on the street are not only overweight, but obese. Four children from 7-12 years on my block are obese. That's alarming. Those who are obese are at higher risk for COVID19.

I heard the host of an online health series share a "joke" he overheard many years ago at a meeting between a Big Pharma executive and a Food executive in the USA:

"You keep making them fat and sick with your food, and we'll keep pumping them full of pills to keep them alive and profitable."

All the corporations care about is the bottom line. They make foods that are addictive and detrimental to health. It's no wonder we are in a health crisis.

I sincerely doubt that exchange really took place. It's perfectly on the nose, and people in those industries just don't think like that.

On the Argentine obesity issue, I think it's clear that the quality of the Argentine diet, while improving for many in the more worldly or privileged strata - more and better vegetables and increased diversity, the sudden appearances of spicy peppers, etc. - has generally declined, as they shift away from more traditional food (or eat more and cheaper versions of it) and cram their gullets and those of their children with "snack food," candy, soda, alfajores, etc. A tale of two Argentinas, a story we're familiar with elsewhere, including the US, Mexico, and Brazil: the increasing stratification of tastes and health outcomes along class lines.
A

jantango said:
On my daily walk every morning in my neighborhood, I notice that most people on the street are not only overweight, but obese. Four children from 7-12 years on my block are obese. That's alarming. Those who are obese are at higher risk for COVID19.

I heard the host of an online health series share a "joke" he overheard many years ago at a meeting between a Big Pharma executive and a Food executive in the USA:

"You keep making them fat and sick with your food, and we'll keep pumping them full of pills to keep them alive and profitable."

All the corporations care about is the bottom line. They make foods that are addictive and detrimental to health. It's no wonder we are in a health crisis.
Click to expand...

For example a meal at McDonalds (e.g. $800ish) is a similar price of a meal at almost any restaurant in Palermo. A bag of Lays potato chips now runs for over $200 (think of what an average housekeeper or blue collared worker earns here per day)

For sure there are cheaper local substitutes of snacks etc that do a far worse job in terms of using low quality and more harmful ingredients, even containing trans fats etc.

That said, the typical Argentine diet is very unhealthy. Full of white carbs such as sugary white breads, pasta, potato with a lot of meat - very little, if any, fresh produce in between. For many it is a matter of taste, and for 50% of the population living in poverty it is a matter of means. That is fairly similar to pacific and African diets who also suffer from alarming obesity rates without it necessarily being caused by Coca Cola, Lays or KFC.

Likewise in terms of the pharma industry here - we have universal health care and regulated prices. We also have general medications meaning big pharma does not often “win” much in Argentina compared to the US since poorer people will just be fed cheaper locally produced copies of brand-name medicines.
J

Dont know why, I find myself not eating sometimes because I know it's a huge pain in the ass to go somewhere to eat. I don't always have 2 hours to dedicate to a meal. Pedidosya, 90 mins? yeah ok.

Go to the grocery, stand in line for a couple hours....

This is different from the US where everywhere you look there's a way to get 1000 calories in a matter of minutes. Recent trip across the country we didn't eat because there was no food along the route that didn't require sitting down somewhere. All the snacks at the gas stations were limited to some plain crackers and whatnot. Next time we'll know to pack our own foods.

You're correct about "whatnot." What not to eat.

I never thought it was an industry in particular's fault. Or a pharma, coke , lays, kfc and all the others have been around long enough to prove that it has nothing to do with the type or quality of the food they sell( everyone knew even back then that, whatever they were selling wasn't healthy )
I believe the problem we face is lack of good parenting here and in the US. It is always easier to blame some thing rather than some one .
U

Beauty is in the eye of the beholder...there's some lovely rotund female arses to be seen here.
C

There's sugar in everything here, I don't think it's any great mystery or conspiracy happening. I looked into why there's sugar in the instant coffee etc before and I believe it is basically a filler to keep things cheap; and then in other circumstances (for say, tinned fruits or vegetables which could easily be canned in water) it'll be a shelf-life extender. Also there doesn't seem to be any public education or awareness around healthy eating, certainly nothing like the level we get in the UK (and we're not even considered a healthy country)
S

Yes sugar everywhere. It's an addiction. And Coca-cola everywhere. Even in the best restaurants you can see a lot of people drinking Coca-cola.
A

I have been thinking about this issue quite a lot lately. As much as obesity may be an increasing problem here, compared to the wealthy countries I know, it's nothing. In fact, a friend recently commented to me about the number of obese people she sees around her home in Once and when I told her it was much worse at home, she wouldn't believe me. So I started copying her news items from media at home that contain random photos of regular people going about their business while something newsworthy happens in the vicinity. Almost all are not merely overweight, but grossly obese. Now she believes me. Here is one of them: 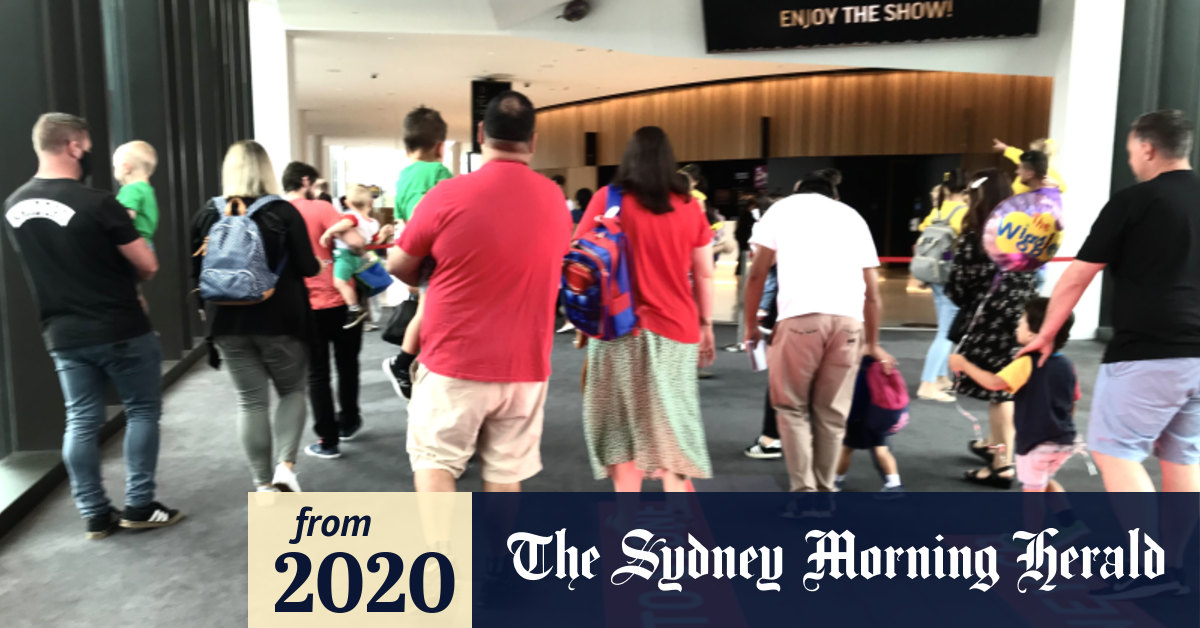 Parents have expressed their alarm as large crowds congregated at a series of packed Wiggles mega-concerts as Sydney faces strict restrictions and the northern beaches entered a five-day lockdown in a bid to crush the surging COVID-19 outbreak.

In a city where there is no pandemic, these people are worried that their children could get coronavirus; yet presumably they have no concern about the damage they must be doing to their children's health through the body image modeling they are providing and, presumably, the food they are providing at mealtimes. And these, evidently, are not under-privileged parents and children.

A few years ago, a colleague (the office driver), with a media-fed idealist image of women from my country, asked me about them and I replied that most were seriously overweight. He didn't believe me. Sometime later I had a video conference with colleagues at home. At the other end, the camera was on, but nobody was yet present; however, you could see people walking past the open door. Waiting for the meeting to begin, but forgetting the earlier exchange, I invited my colleague in to have a look at what a typical office looked like on the other side of the world. Just as he began watching, a seriously obese woman walking past the empty conference room on the other side of the world paused in its doorway to read a paper she was holding, unaware that she was being watched from another continent. She waited a few seconds, then moved on out of view. A few seconds later, another person (again a woman), also immensely overweight, did exactly the same thing: stood for a few seconds just outside the door reading a document. My colleague, remembering our earlier exchange, turned to me and said he hadn't believed me, but now he did.