I think you'll find that when times are hard (which is the case right now) people add much more pasta to their diets because it's cheap and filling. That's always been the case amongst the poorest people in the community but it's now impacting a wider range of socio-economic groups, even those in fancier neighbourhoods. Oh, and by the way, Argentina is not Buenos Aires - so helps not to generalise about a very big country ;-)
D

cbbsas said:
There's sugar in everything here, I don't think it's any great mystery or conspiracy happening. I looked into why there's sugar in the instant coffee etc before and I believe it is basically a filler to keep things cheap; and then in other circumstances (for say, tinned fruits or vegetables which could easily be canned in water) it'll be a shelf-life extender. Also there doesn't seem to be any public education or awareness around healthy eating, certainly nothing like the level we get in the UK (and we're not even considered a healthy country)
Click to expand...

There is sugar in processed foods. Not whole foods you prepare yourself. This is a world wide problem, not just here.

jantango said:
Do a search on YouTube for the dangers of drinking Coca Cola and watch one of the many videos on the subject.

Did you bother to read the link on MSG? It tells you everything.
Click to expand...

I use coca cola to clean the stains in my toilet. Drink it, never.

Pierre Smith said:
In Argentina, the problem isn't people sitting around a table drinking wine and eating ñoquis and steak, it's all about the junk food, cheap sweets, and sugary drinks that are just eaten and eaten by some, at the same time that the more informed and well-off classes are going the exact opposite direction, and eating more vegetables than ever. It's a situation where maybe 30 years ago, everyone ate the same thing but, with shifts in poverty and education, the people with the most means have moved one direction (vegetables, a more diverse palate, the most interesting version of Argentine cuisine, including traditionally raised beef and the rest) and those with fewer means are consuming more of the sort of things that more advantaged people avoid - including candies, soda, etc. I've seen it. And it's not a great Argentina-only phenomenon, it exists in Brasil and Mexico as well.
Click to expand...

[1] Correlation is not causation - honest, it's not all my fault!
A

Perhaps one other factor to note for obesity in kids in Argentina (if this is a fairly new or growing trend starting to be noticed) is the fact that most have not really been to school in almost year. This means they have been sitting around small apartments or behind computers without as much physical activity as before. Combine it with a sugary and high carb-based diet and voilá - a generation of gorditos that could see Argentina catch up to its neighbors.

So, all neighboring countries (including wealthier Chile and Uruguay) have higher children obesity compared to Argentina.
A

dilmah said:
So, all neighboring countries (including wealthier Chile and Uruguay) have higher children obesity compared to Argentina.
Click to expand...

Well, in 2016 that was indeed the case. Unsure if it still looks the same nearly 5 years on... but from all visual observations Brazil and Chile do seem to have more overweight people compared to Argentina.

In the wealthier countries like Brazil and Chile you can nearly be certain “big brand” junk food items have a higher role to play than in Argentina. Not sure it matters once you reach that point however... sugar + ignorance + inactivity + financial limitations usually lead to the same outcome anyway.
C

Aztangogirl said:
There is sugar in processed foods. Not whole foods you prepare yourself. This is a world wide problem, not just here.
Click to expand...

What I'm saying is that there's also sugar in foods here that UK counterparts do not have sugar in: example jars of instant coffee or tinned fruits and vegetables
S

This article from the New York Times in 1917 explains how big companies like Nestle have adversely affected the health of Brazilians: 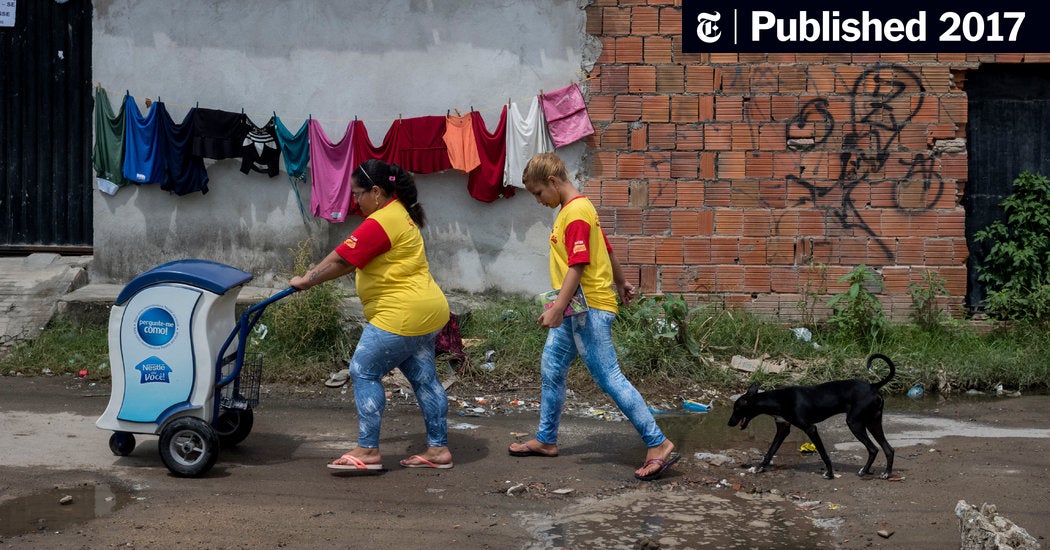 How Big Business Got Brazil Hooked on Junk Food (Published 2017)