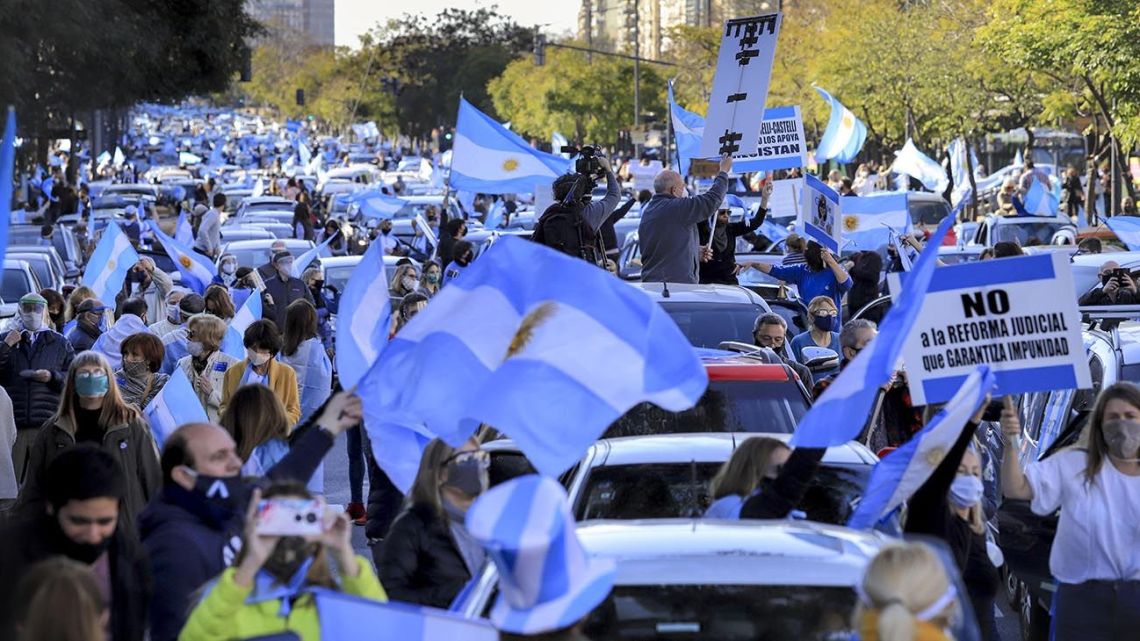 Large crowds of demonstrators take to the streets, in cities across the country, on to protest lockdown extension and government's proposed judicial reform bill.

Misleading headline. The protesters were not really defying the lockdown since the constitutional right to protest has not, at any point, been suspended. It is kind of like saying people are "defying the lockdown" to go shopping.

Good on them I say. This government especially needs to be reminded that people power exists to balance that of their own no matter how much it wants to see everyone locked up in their homes while they try to push through various self-serving laws and reforms with urgency that are not even related to the crisis to give the illusion that what they are doing is somehow supported by the masses.

As for the health critiques, sure these people put themselves at risk. Personal responsibility comes in to play as much as it does when you are out shopping or going to the park during the weekend. A protest is however unlikely to make a significant dent in the numbers that had already taken off into the stratosphere during times of strict lockdown anyway.
A

What a bunch of self serving malarkey.

Meanwhile, the brave leader of the protests is in...

artisans said:
What a bunch of self serving malarkey.
Click to expand...

I guess democratic institutions like the justice system don't matter to you.
A

Renzi said:
Meanwhile, the brave leader of the protests is in...

He is a “leader” of what exactly, a FIFA mini league?

antipodean said:
He is a “leader” of what exactly, a FIFA mini league?
Click to expand...

Macri: "Just arrived in a society where one lives in freedom and with responsibility. Here I will do the European quarantine." At the same time, he tweets his support for the anti-quarantine protests at home.

Is there a FIFA mini league? I do enjoy FIFA Mobile.

Brazil Is a Virus Mess But Its Economy Is Outperforming

I dislike Bolsonaro as much as anyone, but on the COVID-19 issue, he was politically very savvy and very pragmatic. Yes, Brazil has over 100K recorded deaths from COVID already, but it seems that he was right to bet that the broad population would not be willing to bare the economic costs of a strict lockdown and that it is very difficult for developing countries to emulate the lockdown models adopted by rich countries. Instead of trying to emulate South Korea, he accepted Brazil's economical, social and cultural reality and rolled with it. For the record, I was certain that his approach would blow up in his face. So far, I have been proven wrong.

It is still to early to tell how this whole thing will play out, but at this exact moment in time at least, Bolsonaro has been politically smarter than his Argentine counterparts.
Last edited: Aug 18, 2020

I was writing this to people at the end of March.

Renzi said:
Macri: "Just arrived in a society where one lives in freedom and with responsibility. Here I will do the European quarantine." At the same time, he tweets his support for the anti-quarantine protests at home.

Is there a FIFA mini league? I do enjoy FIFA Mobile.
Click to expand...

Personally, I wish he would preoccupy himself with FIFA mobile rather than more futile endeavors like trying to “lead” a party or nation. Maybe more people would listen to his football tips than his political advice.