According to "The New York Times" it is!

In Buenos Aires, a Revival

Barracas, near the city’s old ports, means barracks or warehouses. Long since abandoned, many warehouses are being renovated into luxury housing and cultural centers. 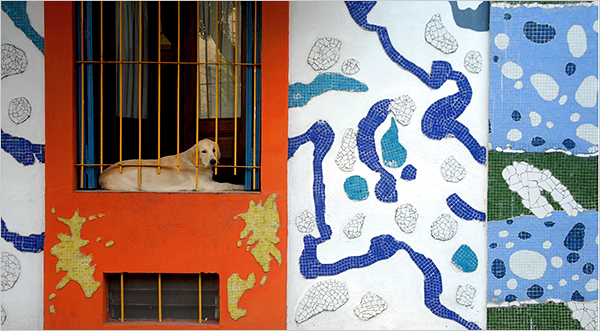 It appears that someone is trying to hype up Barracas for some unknown reason. It is depressing, isolated and dangerous. If anyone has ever tried to get a taxi there in the evening its almost impossible. Don't believe the article is accurate in any way at all. Mind you, I vowed never to go to Boca either because I knew it would be awful. I did go....once and never again.
S

These type of articles are usually written by expats desperate for some $$. The papers get filed up with false info because the freelancers need to sel some upbeat story from a slightly different angle than their 25 competitors.
B

My guess is they want to promote it as the new San Telmo and with some of the hype of San Telmo, which is not that much different you can't blame them

Some parts of Boca aren't really that bad, some parts are pretty bad though, especially at night

There are so many better areas than Barracas that are perfect for expats . My favourite neighbourhood is Colegiales and I like parts of Chacarita and Almagro. The best part is that public transport and taxis are easy to catch from these places and you are very close to the hot spots of Palermo.

Villa Urquiza is a great neighborhood that is still largely undiscovered by expats, although more and more I have heard people speaking english (with a north american accent) here in the neighborhood. We are about 20 mins by subway outside of microcentro as well there are several train lines and tons of bus lines that pass through. For those of you that have to get to zona norte, we are extremely convenient to that is well.
Z

Barracas is anything but perfect for expats, I used to go there once a week for work, it is one of the most depressing places I've seen, it's ugly, it's hard to get anywhere from there, it's dangerous and it's full of old ugly houses and warehouses, I would walk and walk trying to find a decent place to have lunch or even a pharmacy and would not find anything but one lonely gas station.
R

But not all the areas in Barracas are bad I take my children to la Cultural Inglesa on Brandsen and Montes De Oca right in front of Plaza Colombia and is a very nice place, nice buildings, the Church that is a beauty and buy a flat there is expensive but I agree that the other part of Barracas where there are warehouses isn`t nice at all.
P

I live in Barracas - feel safe living here as a young adult woman - and my Argentine family has lived here since they immigrated to Argentina two generations ago. Barracas has nice and safe areas as well as some that are not safe, like any other neighbourhood, even expensive Palo Alto and areas close to Stanford University in California. Argentinians are oftentimes loyal to their barrios, so even if people have money but they grew up in a certain area of the city, they may stay there and not move. A lot of Italian and Spanish-descent people, as well as many Jews and Armenians, for instance, live in Barracas.Nice and safe areas are: along Montes de Oca Ave. (look at the expensive MOCA building - ex Bagley factory -, the new buildings under construction, the two towers), along Martin Garcia Ave., and most of the side streets close to these avenues. The area around Plaza Colombia is also safe. Apartments in Barracas around these areas are also not cheap. Also, it is safe in some areas close to the Basilica del Sagrado Corazon. I have a friend living there with her husband and kids and NOTHING has ever happened even if there is a villa not to far away (an indication that sometimes it is more dangerous to live in Recoleta than in a more middle-class, low profile place). I encourage those that post comments about "worst" or "best" areas in the city to really explore the neighbourhoods on foot and talk to people living there. Barracas used to be the area where rich families with huge houses lived until about the 1880s, so there is a lot of history in the area. I could not change it for the all modern but fake Puerto Madero or some other areas of the city that lack a soul and, in fact, may be more dangerous because there is a higher concentration of people with money (or so one assumes) and foreigners.
A

Touche, Porteña....I have expat friends who live in a large PH in Barracas. They moved there in 2006 after selling an apt in Recoleta which they owned for 2 years. The house is on a very nice block near the church and plaza. The neighbors are very friendly. Public transportation is adequate. They are happy that the area has not been yet discovered by foreigners. They enjoy the quaint barrio atmosphere without the inflated prices. I visit them often at all times of day and night. Street crime is not prevalent but I take the same precautions as I do anywhere else in this city. After living more than 30 years in San Francisco, CA I am well aware of urban crime.
You must log in or register to reply here.
Share:
Facebook Twitter Reddit Pinterest Tumblr WhatsApp Email Link
Top