Alby said:
Excellent information about how the system works when the time comes. Thanks.

At the moment Boti de la Ciudad is cheerfully referring to me by name and telling me that he will soon invite me for my second dose. I am at day 71 of 84, but given that AZ seems a bit scarce at the moment and that people younger than me, vaccinated after me, already seem to have received their second AZ, I have that sinking feeling that comes from suspecting one has (again) fallen through the cracks.

On Monday I will ring up, and maybe start dropping in at the vaccination centers.
Click to expand...

Calling 147 is probably a good plan, you'll need patience (especially Mondays), and you can time it a few days after a plane with AZ vaccine arrives. You might get a link to select your vaccination centre, or they might assign you one on the phone.

I guess I'm at day 100 of 84 but only because I missed an appointment. A longer interval between doses seems to be better anyway.
A

This morning at 7:45am I called 147 to place a "reclamo" (complaint) as I had yet to receive the email offering a turno for my 2nd dose of A/Z. Operator asked if 55 days had passed since the 1st dose. YES....62 days as of today. She requested my DNI and "No. de Tramite" listed on the back of my DNI card. At 7:45pm I received the email offering a turno for tomorrow. I scrolled down the list. There was only 1 left with turnos available out of 10 locations. OSCOEMA on Bernardo de Irigoyen 330, openings from 7:45am-4:45pm. Received confirmation email....I will be vaccinated tomorrow afternoon.

www.pagina12.com.ar
....The vaccination sequence planned for the next few days is as follows:

* The priority is the second doses of Oxford/AstraZeneca. In CABA, Monday, Tuesday and Wednesday exclusively. For now, Oxford/AstraZeneca is not being used as a second component of Sputnik V.
* On these days, but especially on Thursday, with Sinopharm for those who received the first dose of the same vaccine.
* Also during the first days of the week, second doses of Sputnik V will be applied.
* Both the Province of BA and CABA have began to summon adolescents, with previous illnesses, who received the first dose of Moderna. The appointment is near to the month of receiving the initial vaccination.
* Finally, over the next few days, 260,000 doses of Pfizer are expected to arrive. They will be applied to adolescents without previous illnesses, but this amount is very small. It would only be enough to vaccinate the 17-year-olds. The bulk of the 20 million doses purchased will come in October, November and December. What Cofesa decided is that each district will be able to choose what to do: either start vaccinating adolescents or use these Pfizers as the second doses of Sputnik V.
* Tomorrow, 200,000 units of the single-dose Cansino vaccine, of Chinese-Canadian origin, will arrive. In principle, it will be used for remote areas, homeless persons or migrants. It makes it easier for these citizens, who are difficult to locate, to complete their vaccination with a single application....
F

Some analysis from Pagina 12 about the impact of the delta variant in Argentina: https://www.pagina12.com.ar/365367-variante-delta-que-pasara-en-argentina-un-analisis-completo-

Some quotes: "If this variant had arrived in Argentina in early 2021, the country would have faced a 'total catastrophe'", "And here begins what we see as auspicious for Argentina, compared to other countries that faced their waves of Delta with many vaccinated,.. the example of the United Kingdom is particularly interesting for comparison, because 'Argentina was inspired by its vaccination strategy, which prioritized inoculating more people with the first dose and delaying the application of the second. Over time, it was shown that it is a "better tactic than giving the second dose at 20 days (at least in adenoviral and RNA vaccines)'...A particularly important point for Argentina, where there is a media offensive aimed at distressing those vaccinated with Sputnik V who have not yet received the second dose."

My emphasis, of course. It's a pity the researchers didn't produce graphs to show their predicted evolution of a 3rd wave in Argentina, but all in all it doesn't look bad.
F

gracielle said:
This morning at 7:45am I called 147 to place a "reclamo" (complaint) as I had yet to receive the email offering a turno for my 2nd dose of A/Z. Operator asked if 55 days had passed since the 1st dose. YES....62 days as of today. She requested my DNI and "No. de Tramite" listed on the back of my DNI card. At 7:45pm I received the email offering a turno for tomorrow. I scrolled down the list. There was only 1 left with turnos available out of 10 locations. OSCOEMA on Bernardo de Irigoyen 330, openings from 7:45am-4:45pm. Received confirmation email....I will be vaccinated tomorrow afternoon.
Click to expand...

Clearly, anyone's decision on when to look for a 2nd dose will depend on their personal risk factors and assessment, as well as their personal comfort level. However, one thing to factor into this decision might be the effect of a longer interval between doses:

Five things you need to know about: Delaying the gap between Covid-19 vaccine doses

The rationale is that, with the virus raging alongside uncertainty about vaccine supply, vaccinating a greater number of people with a single dose would be more effective at preventing deaths and hospitalisations than if a smaller number of people received two doses. However critics question the...

I will be at day 100 when I get my 2nd AZ dose. There is more data pointing to better efficacy with even longer intervals between doses: 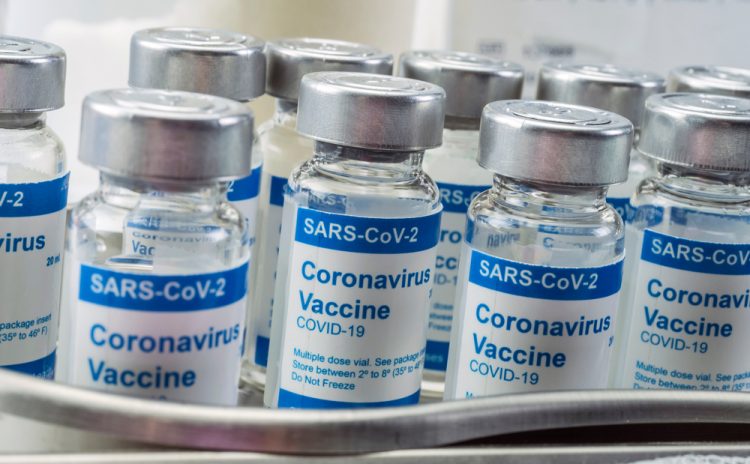 One dose of Vaxzevria induced immunity for over a year and extended dosing intervals significantly increased neutralising antibody titres.

From this article: “This should come as reassuring news to countries with lower supplies of the vaccine, who may be concerned about delays in providing second doses to their populations. There is an excellent response to a second dose, even after a 10-month delay from the first”.

So personally I'm not in too much of a hurry, I'm lucky (and privileged) in that I'm working in my home office and generally don't need to have contact with very many people. YMMV.

https://www.lanacion.com.ar/sociedad/llego-el-primer-lote-de-vacunas-de-pfizer-y-vizzotti-encabeza-un-acto-en-ezeiza-nid08092021/
....The shipment with the first 100,620 doses, of the total of 20 million planned for this year of Pfizer vaccines arrived today in Ezeiza
at 3:11 pm on American Airlines....During the meeting with the press, Vizzotti assured that the application of a third dose of the vaccine against the coronavirus Covid-19 is not ruled out and that it could begin to be applied in November to specific groups such as health personnel, who were the first to receive the doses, and also in immunosuppressed persons due to a possible low antibody....A new shipment with another 160,290 vaccines will be added to the batch that arrived this afternoon. Flights will continue to arrive during September, depending on availability, to complete the 580,000 doses scheduled for this month. Thus, during October, November and December shipments of the remaining 19.5 million foreseen in the contract signed in August will be completed.

https://batimes.com.ar/news/argentina/vaccination-will-be-certified-via-mi-argentina-app-while-overseas.phtml
Vaccination will be certified via 'Mi Argentina' app while overseas....
V

https://batimes.com.ar/news/argentina/vaccination-will-be-certified-via-mi-argentina-app-while-overseas.phtml
Vaccination will be certified via 'Mi Argentina' app while overseas....
Click to expand...

Has anyone without a DNI had their vaccination show up in Mi Argentina? Mine still doesn't show up.
A

ventanilla said:
Has anyone without a DNI had their vaccination show up in Mi Argentina? Mine still doesn't show up.
Click to expand...