OK, so when Nicolás Kreplak comments on an increase in new COVID cases of 20% as "slight" (which in numerical terms it was, at the time), the right wing has paroxysms.

When this twit, over a week later, describes an 80% increase in new COVID cases as "small", well... crickets, as one would expect from the mindless cheerleading for the opposition:

“In the last ten days there has been an increase in cases that is small but it is a clear change in the trend that we have been seeing so far. The moving average, which is the average of the last 7 days, went from 100 cases per day to 180 cases per day "

From https://www.pagina12.com.ar/377772-aumento-de-casos-de-covid-en-caba-puede-llegar-una-nueva-ola (not to be found on the cheerleader media for the opposition, I believe, because, well, he put his foot in it once more, and reporting of own-goals is suppressed, even retrospectively). 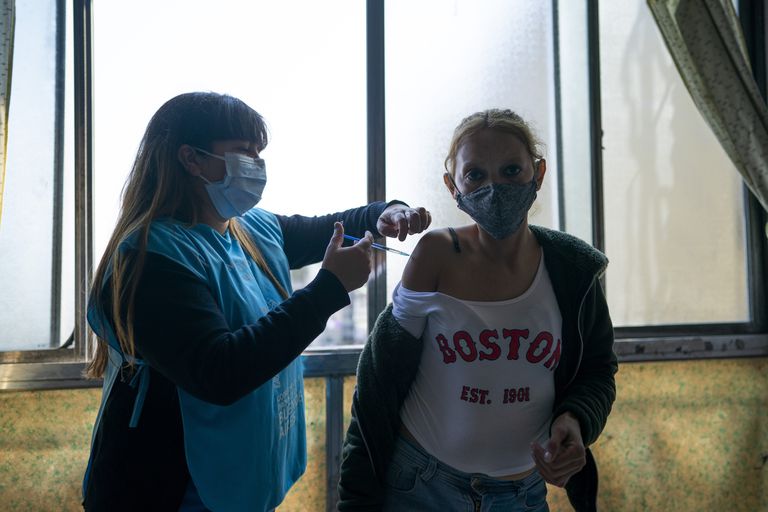 www.lanacion.com.ar
....This week the application of the third dose is starting countrywide in two groups: those over 50 years of age with the complete Sinopharm scheme due to the impact of Covid-19 mortality in that age group and progress of the Delta variant in community transmission. And those over 3 years of age who are immunocompromised. This is to compensate for the loss of protection with the initial scheme.

In those over 50, "an additional heterologous dose will be prioritized, for which the use of a non-replicative virus vaccine is recommended [AstraZeneca, Sputnik V and CanSino share this platform] according to availability, conditions that facilitate rapid decentralization and access, in order to cover this entire population with an expanded scheme in the shortest possible time", as indicated in the document prepared by the Directorate for the Control of Immunopreventable Diseases. The official recommendation for this group is one dose of AstraZeneca. "The minimum interval of application of the additional dose, shall not be less than 4 weeks from the last dose of the primary scheme," continues the recommendation....If they are over 18 with a full schedule of Sputnik, AstraZeneca and Sinopharm or the combination of Sputnik with AstraZeneca or a dose of an mRNA vaccine (Pfizer or Moderna), they may now receive the first component of Sputnik V or a dose from AstraZeneca if they are between 18 and 39 years old or only from AstraZeneca if they are over 40 years old. In children between 3 and 11, it was indicated to complete the Sinopharm schedule with a third dose of the same brand, and in children between 12 and 17, the two-dose mRNA schedule will be completed with another dose of the same platform. The interval for receiving the new dose is the same as for the other group. The indication for this third application is independent of the booster dose for the general population that may be announced from December onwards.

Where. More than a dozen districts started to move forward last week with this measure, such as Misiones, Córdoba, City of BA, Tierra del Fuego, Mendoza, Neuquén, Santa Fe, La Pampa, Río Negro, Chaco, Salta, Chubut and San Luis. In CABA, last week the messages to update the contact data started to arrive and tomorrow will begin the first appointments. Gabriel Battistella, Undersecretary of Primary, Outpatient and Community Care of the Ministry of Health CABA, estimated that 120,000 people over 50 years old with a complete Sinopharm scheme and 30,000 immunocompromised people 3 years old or older will be vaccinated. The Province of BA will start the appointments on Wednesday and, in Misiones, the applications started today for these groups, according to the Ministry of Public Health. In Santa Fe, the appointments starting tomorrow should cover "a total of approximately 117,000 people", according to Sonia Martorano, provincial Minister of Health. 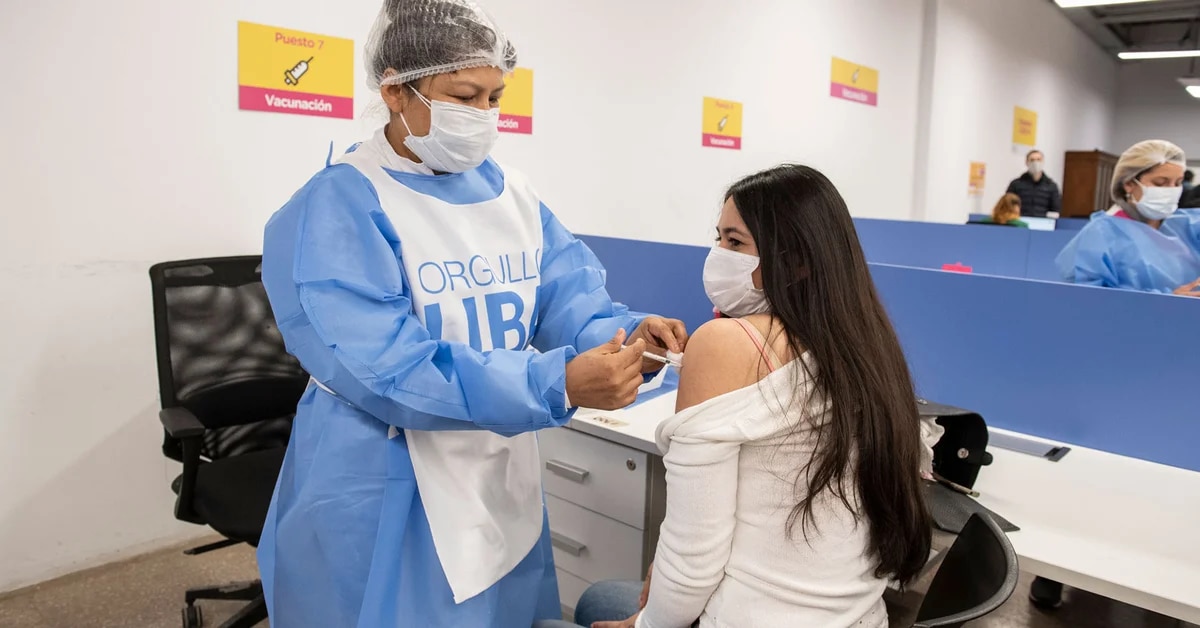 www.infobae.com
A study assured that the vaccines applied in Argentina generated a strong cellular immune response. The data emerged from a research led by the CONICET scientist Gabriel Rabinovich and applies to both homologous (same vaccine) and heterologous (combined doses) schemes....
....Complete vaccination = less mortality
A study carried out in the City of BA among more than 660,000 volunteers determined today that the Sputnik V, AstraZeneca and Sinopharm vaccines against COVID-19 "significantly reduce morbidity and mortality" from any cause in people over 60 years of age. The research, signed by 8 experts, among them the Minister of Health of CABA, Fernán Quirós, was published last Friday by The Journal of the American Medical Association (JAMA)....

This cohort study examines the association of a COVID-19 vaccine campaign and SARS-CoV-2 infection and mortality among adults aged 60 years and older in the city of Buenos Aires, Argentina.

Sorry but I really think the MRNA vaccines are being wasted on teenagers... The data is clear that this virus provides an exponential risk to the elderly and those who suffer underlying health issues.. The chances of a teenager or child dying or suffering any long term issues are extremely slim. Effort should be placed on figuring out who already has natural immunity and then vaccinating those who fall into the categories I mentioned. Getting vaccinated provides a small reduction in spread - it's main purpose is to stop you dying if you are at high risk.
F

I thought children here were mostly getting Sinopharm? Seemed like a safe, conservative strategy, using a traditional vaccine, since we don't have long term studies with either mRNA or adenovirus-based vaccines used with children. I wouldn't think leaving children unvaccinated is a good idea though, we also don't know enough about the long term effects of covid infection.

We're in new territory with Delta now, things like vaccinated people spreading the virus haven't been a problem before. The logical thing would be to reintroduce a general obligation to wear masks, and reimpose some restrictions on restaurants, bars, and indoor locations (which will hopefully not be a big deal in summer anyway), but politics isn't going to allow that.

Pfizer, for all the boosterism here, is turning out to be relatively disappointing. Shortly after it was launched, there was a claim that it could be modified for new variants within 3 months, and that sure hasn't happened. Pfizer also reduced the active mRNA material in each dose to avoid side-effects and a delay in approval, so one dose of Moderna has 3 times more active material than one of Pfizer. And, finally, it loses efficacy after 4 months, as well as allowing the Delta variant to spread.

For a 3rd dose, having got AZ for the first two, based on current indications I'd like Moderna, but who knows if that's going to be possible.
F

"To prevent hospitals from being overwhelmed, the key group we need to vaccinate is really the elderly. The risk of hospitalization for an unvaccinated person over 80 is 25 times that for an unvaccinated person under 18. ... One country that has excelled at vaccinating its elderly population is Denmark. Ninety-five percent of those over 50 have taken a COVID-19 vaccine, on top of a 90 percent overall vaccination rate in those eligible. (Children under 12 are still not eligible.) On September 10, Denmark lifted all restrictions. No face masks. No restrictions on bars or nightclubs. Life feels completely back to normal, says Lone Simonsen, an epidemiologist at Roskilde University, who was among the scientists advising the Danish government. In deciding when the country would be ready to reopen, she told me, “I was looking at, simply, vaccination coverage in people over 50.”
J

I think they're forcing the pfizer and moderna on kids because if adults could get them they would refuse the china/russia vax's that the gov already paid for.

So they can say western vaxes are available in the country...
S

jblaze5779 said:
I think they're forcing the pfizer and moderna on kids because if adults could get them they would refuse the china/russia vax's that the gov already paid for.

So they can say western vaxes are available in the country...
Click to expand...

Possibly - just think they are better off eating their 'pride' if that is the case and prioritising the MRNA vaccines as boosters to those who really need it.. Over 50's and those with health issues.

FrankPintor said:
... since we don't have long term studies with either mRNA or adenovirus-based vaccines used with children.
Click to expand... 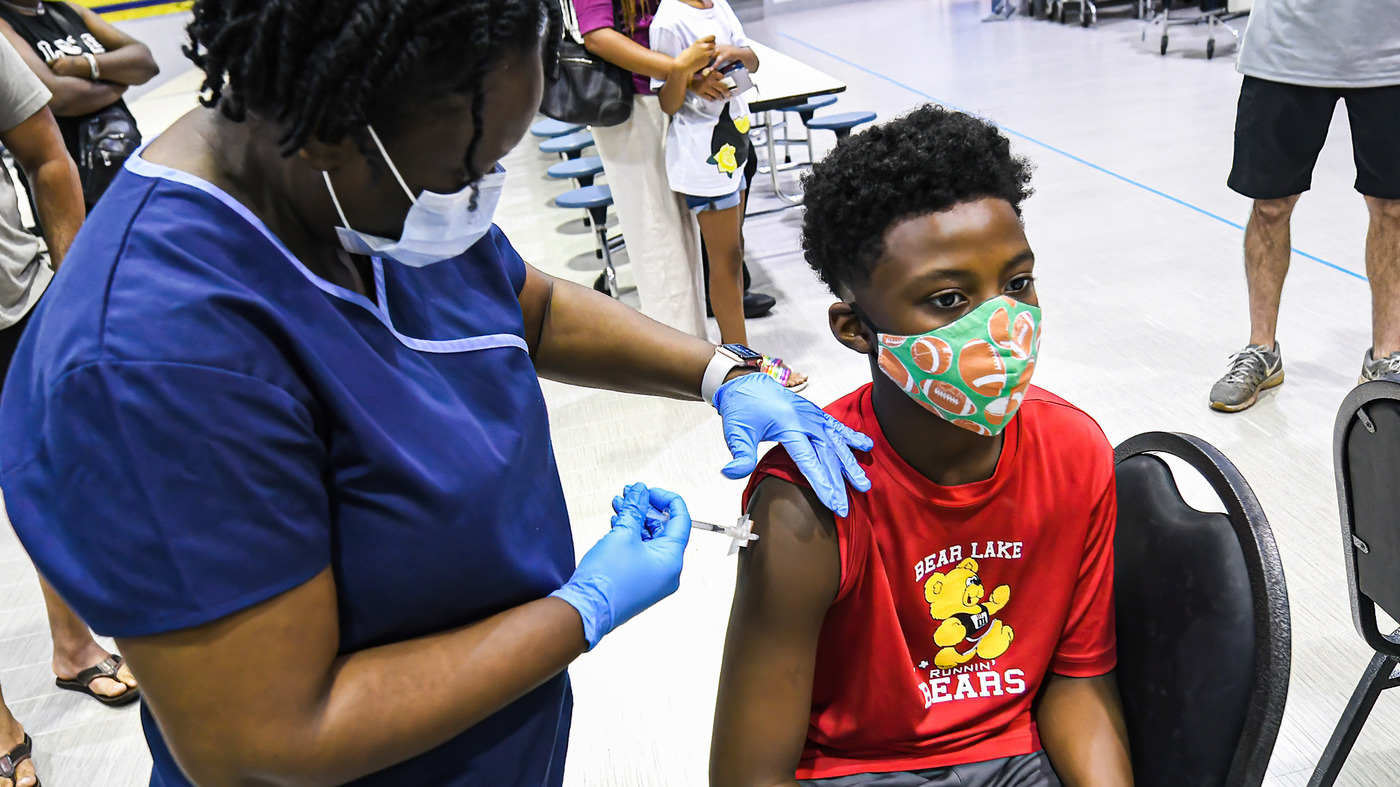 Kids ages 5 to11 will soon be able to get Pfizer's low-dose COVID vaccine. CDC advisers reviewed data showing it's safe and 90.7% effective, They say the benefits outweigh the risks in this age group.

Kids ages 5 to11 will soon be able to get Pfizer's low-dose COVID vaccine. CDC advisers reviewed data showing it's safe and 90.7% effective, They say the benefits outweigh the risks in this age group.

Yeah, I know, but it's not a long term study, we've had mRNA vaccines for children for how long? Much less than a year I think.