Just to add to my last comments, I hit send too quickly and did not point out that the poster "rcrt" did not say he had overstayed his visitor's visa as SteveinBsAs indicated. One more assumption which is not correct.

In any event, and more specifically to the poster "rcrt", whether you go to your local DNM office without a Turno is up to you, as I am sure you know, there is never a guarantee in life and the same works for the law. If rules and the law were applied correctly as intended, we lawyers would not exist. But back to the point...

Bear in mind that Migraciones is not looking for people like you to hassle or remove from the country. In fact, and as was stated earlier in this post, DNU 70/2017, which would have made removals easier in certain circumstances, was struck down earlier this year.

Being refused entry is a whole other ball game and I would be careful if you have overstayed as this is indeed becoming more of an issue lately.

Again, it goes back to discretionary powers vested in Immigration Officers here. Whether they apply the law and enforce the rules is entirely irrelevant as the damage will already have been done if they turn you back. Getting back is not the problem but the costs involved in being stranded in Uruguay, another flight back here from wherecer, hotels, etc. are definitely a problem I am guessing most would prefer to avoid. And these costs are without adding legal fees to the burden.

Given that you are married to an Argentine, and assuming you have not committed a crime in Argentina, apply for a Turno and go down to the DNM with the documents that you have. If you are lucky, they will tell you to get an apostille for the FBI check you have. If not, worst case then you have to get another one. At the very least, you will have your Precaria after presenting the documents you have and that fixes your in/out issues and working en blanco, amongst others.

P.S. There is a rumour that the Residency fees are about the go up again in the next 3 months.

Best of luck to the poster "rcrt" and Adiós until the next time I feel like being accused of not being a lawyer and told by a non-lawyer about how immigration law works here in Argentina.

Seems that postimages.org was shut down for a while. Links to ALL images were lost.
Now, that they are up and running again ... here is a re-posting : 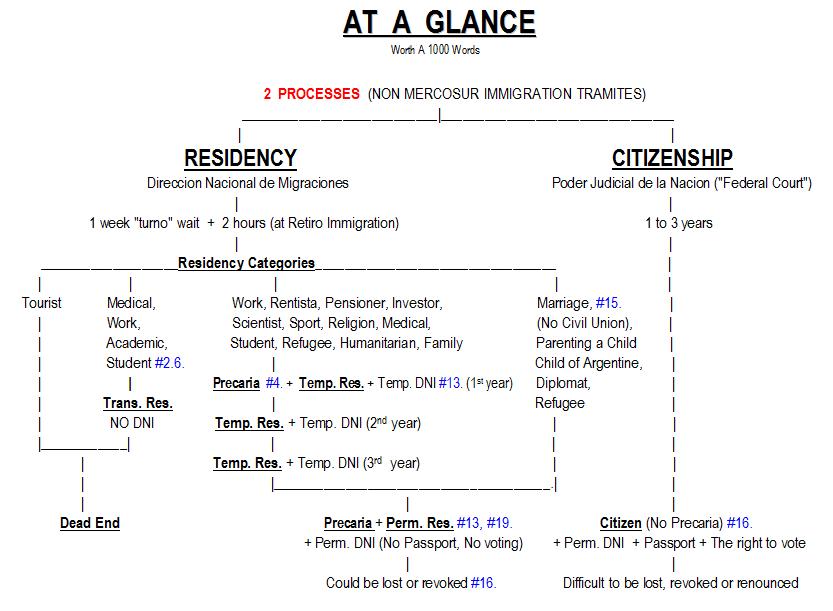 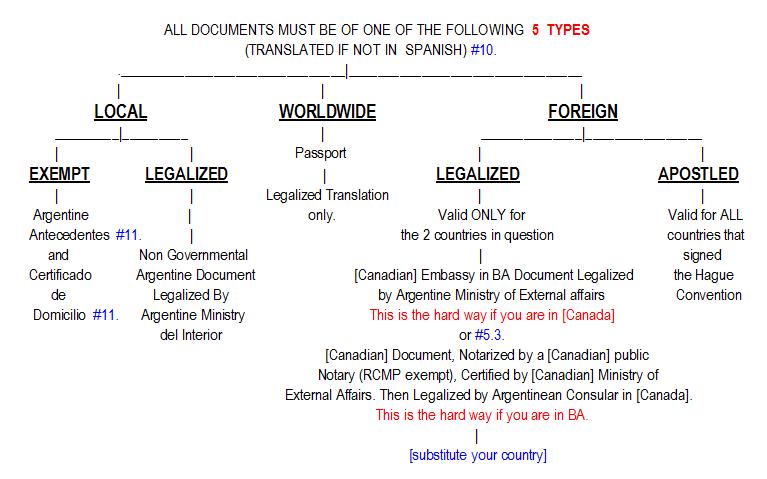 This thread must be closed because all this is abolished.
K

As a distingushed lawyer member of this Forum it goes without saying ... Dr Rubilar is the MASTER.
But this sweeping statement kinda strange.

Bajo_cero2 said:
This thread must be closed because all this is abolished.
Click to expand...

N.B. 1
Of course lots has changed since 2014.
And of course this thread always badly needed continuous updating in time.
But unfortunately currently there is no mechanism to do exactly that.

N.B. 2
From the get go I clearly disclosed my ZERO expertise in the legal arena.
I only shared my own personal DIY experience as a layman (in hopes it could be of any help to anyone).
Last edited: Aug 29, 2018
F

Going by his other posts, he seems to think that immigration in general, of any type, has been abolished. That or he's exaggerating for dramatic effect to make a point about the xenophobia of the current regime. I prefer to give some credit and go with #2.
B

Even the DNU 70/2017 has been declared unconstitutional, immigration enforces it.

So, nowadays the whole idea of using on line info is risky because the “new system” is that foreigners must he in jail while freedom is the exception: slavery.

Marriage or parenhood does not entitle you for residency with DNU 70/2017.

You cannot travel using the precaria.

Only with a lawyer you can by pass many of the new regulations and the advice usually is: avoid immigration, go for citizenship.
K

Thanks Dr Rubilar. .. That explains.

I've read posts on this site but need to ask who is Dr. Rubilar? I've a very pressing technical question for him on an immigration issue?

Dr. Rubilar is the member Bajo_cero2 . He is a professional immigration attorney in Buenos Aires.
R

Macanudo said:
Dr. Rubilar is the member Bajo_cero2 . He is a professional immigration attorney in Buenos Aires.
Click to expand...