Status
Not open for further replies.

"We have identified 3,062 individuals who appear to have improperly cast mail ballot in the election. We verified this by cross referencing the names + addreses of voters with National Change of Address database”

Apparently many of them are military families - https://thehill.com/policy/defense/525564-military-voters-included-on-trump-campaign-list-of-improperly-cast-ballots

If there is undeniable mathematical evidence then Trump has nothing to worry about. It's pretty easy to get stats to say whatever you want. Download R - https://www.r-project.org/ , play around with it and create your own statistical reality.

on the brink said:
True - why bother with boring things like facts, when you have your own "alternative reality."
Click to expand...

Like the saying goes: "A distinction without a difference". Let's not get overly picky here.
A

Really, all of you need to stop this. Can't you see that you are engaging in exactly what happens here in Argentina and in other unnecessarily polarized societies? The division, and the disresguard for any point of view that isn't the same one's own. It's even more absurd in the US, where the ideological differences aren't nearly as great as they are here, or elsewhere.

(Separately, Trump is correct about "alternative facts". There are too many facts for the media (they are not "news" media) to report. Each side reports only that subset of the facts that suit the perspective of the owners of the media in question. CNN and the New York Times and the WaPO do it; Fox and the WSJ do it too. The alternative facts are the ones that each side chooses to leave out. They are everywhere and neither side has the moral high ground on how it treats them.)

This makes sense given Trump's debt and doing things like buying paintings of himself with charity money.

"Trump may just continue to string out this meritless litigation in order to fleece his own supporters of their money and use it in the coming years to pad his own lifestyle while teasing a 2024 candidacy.” 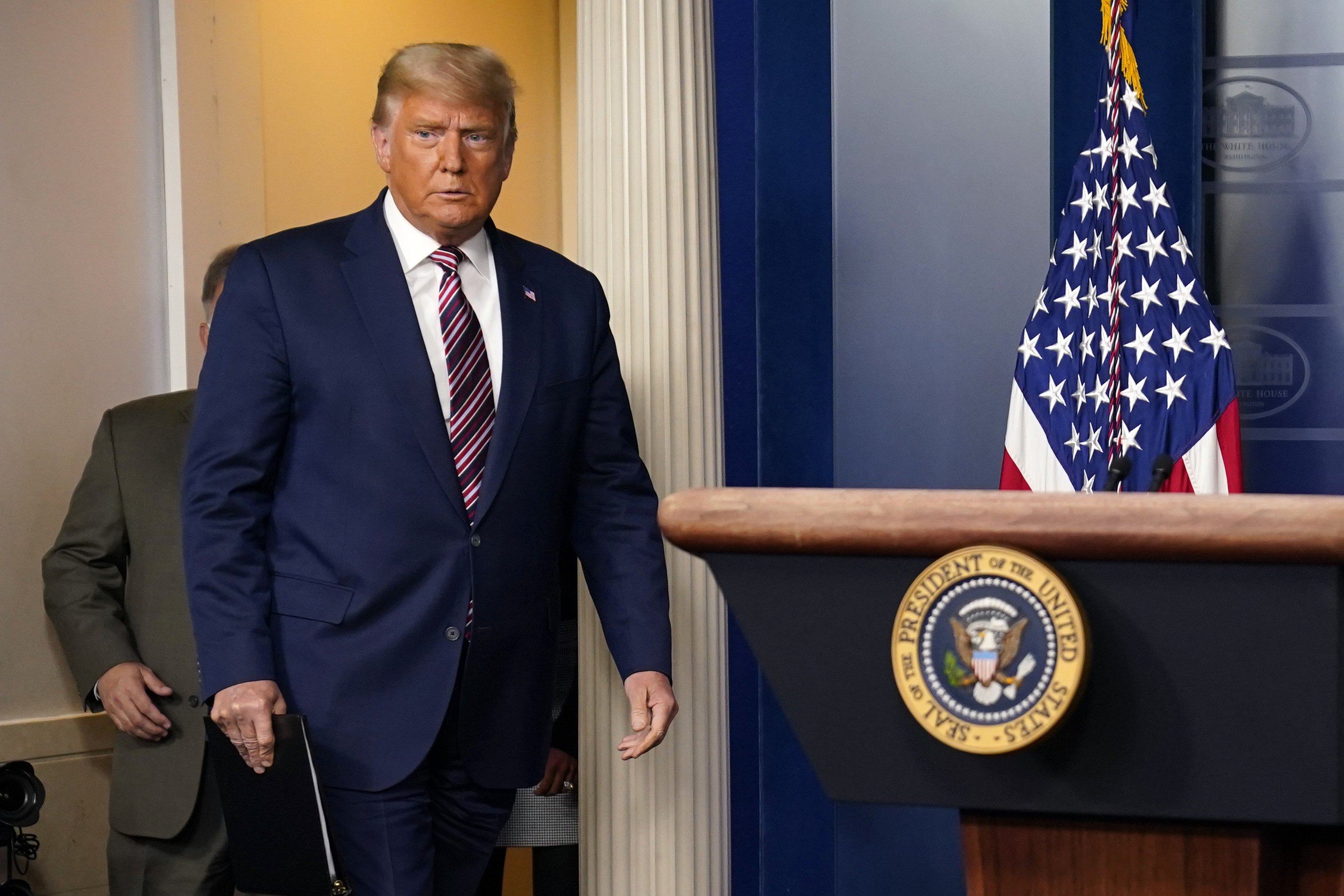 Money to support Trump court fight could flow to president

WASHINGTON (AP) — As President Donald Trump’s chances of reelection dwindled last week, his campaign began blasting out a nonstop stream of emails and text messages that led to a website raising...

Wade K. said:
It's not 80 million and there's plenty of reports of systemic fraud.
Click to expand...

which is why, on the original post you objected to, I said "Biden is closing in on 80 million votes".
Which is true.
His vote count, currently the largest amount of votes ANY politician has ever received in the history of the USA, just keeps creeping up.
It probably will not hit 80 million.
But it is still more than anybody else.
And his percentage of the vote is the largest any contender against an incumbent has gotten since FDR.

There are "reports".
Read em and weep.
They are amusing, good fodder for Saturday Night Live, but none of em will hold up in court, much less prove "systemic fraud".

The Trump campaign filed the affidavits with a lawsuit in an effort to temporarily prevent the certification of Michigan election results.
www.freep.com

"Several Republican challengers at the TCF complained about people inside the counting room wearing “Black Lives Matter” shirts. One Republican challenger complained she was called “Karen,” and told to go “back to the suburbs.” The moniker “Karen” has been applied to white women who make false and racially motivated allegations against Black people.

There you go- a BLM tee shirt. Its unclear whether this was an actual government worker, or, more likely, a democratic poll watcher. I assume that it would be equally heinious, and proof of cheating, if a republican poll watcher wore a MAGA hat?

on the brink said:
Like the saying goes: "A distinction without a difference". Let's not get overly picky here.
Click to expand...

Maybe you should brush up on your sarcasm. Or have you managed to forget Kellyanne completely, you lucky devil?
R While most of the Hunter Biden attention has focused on Ukraine and China, he also cashed in on sweetheart deals throughout his dad’s long Senate career.

I honestly thought you were going to reply with a OANN video featuring the perky Chanel Rion.
O

wineguy999 said:
Maybe you should brush up on your sarcasm. Or have you managed to forget Kellyanne completely, you lucky devil?
Click to expand...

Status
Not open for further replies.